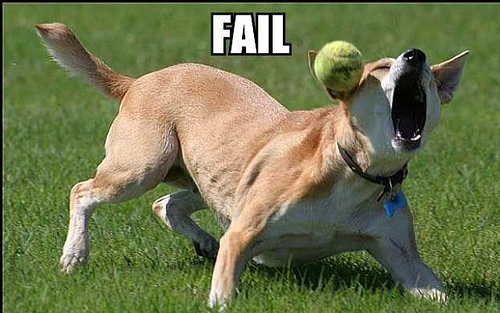 Two seemingly non-related articles, one detailing the mobile industry in Spain, the other explaining how Apple will make money off the iPhone 3G versus the original, and the fact that in just a little over one month I will have lived in Finland for one whole year, has left me wondering why the state of the wireless industry in America is so far behind the rest of the world? The one company that could have changed it all, failed.

Apple blew it. There, I said it. They totally blew it.

America was ripe for change. Apple, with the iPhone, showed people the potential of having a device in your pocket that could browse the internet. Apple showed an entire country that a mobile phone is not just a tool, but a lifestyle product, to paraphrase Michael Mace. They created a device that changed people’s minds, at least on one side of the pond, of what a mobile is capable of doing and with the App Store launching later this summer they legitimately earned themselves the title of smartphone manufacturer. Could it have been that much harder, that much more revolutionary, to have sold the iPhone unlocked and unsubsidized and changed consumers views on how mobile phones should be purchased?

Unlike in the U.S., you can easily get pre-paid SIM cards in Europe and get talking immediately. In countries like the UK or Germany, you can even buy a SIM card out of a vending machine. You use up your minutes on the card, and then “charge up” the card later at an ATM machine, a grocery checkstand or an Internet cafe. Unlike in the U.S., nearly half of cell phone users in Spain are not under contract with any carrier.

My roommate’s generosity in gifting me a cell phone and telephone number was appreciated, but it was no skin off his nose. He had several handsets lying around as he constantly replaced the older ones with newer ones with better features. I thought this was specific to him but realized soon that most of the people around me in their mid- to late 20s had the same obsession.

I remember asking another roommate, on more than one occasion, if the cell phone she had was new. The answer was almost always yes. The bottom line seemed to be that because cell phones were so accessible and the relationship with the carriers so no-strings-attached, there was an incentive to always get a new one. Not being under contract or getting penalized gave these guys the ability to upgrade their phones when they got tired of them (which was quite frequently).

I can tell you from my experiences in Finland, the exact same thing is happening here.

During my first week in this country I wanted to sign up for a post paid account, aka pay a monthly fee like many of you are, but I had to make a deposit of 200 EUR because I was a foreigner, it would be returned to me after 1 year. It wasn’t something I was prepared to do, so I said goodbye and went back to my hotel room to do some research. I found Kolumbus, a prepaid SIM card company owned by Elisa, the second largest operator in Finland, who charges 6.9 euro cents per minute for local calls, 6.9 euro cents per SMS sent, 1.5 euros per megabyte of data, HSDPA mind you, with the option of sending an SMS with a short code to get unlimited data for 1 day for 2.90 euros or for 1 week for 6.90 euros. Oh and one more thing, in Europe incoming calls and text messages are free. Sounds awesome right, where can I buy one of these? Apparently at any corner store, similar to 7-11 on the east coast or am/pm on the west coast, they’re called R-Kioski here.

I leave my hotel room, find one of these shops down the street, buy a can of Red Bull, find a SIM card by the magazine section, and within 90 seconds of stepping into the store I now had a Finnish number. Shocked by how easy it was I made sure I did everything right, the instructions came in about 6 different languages, and sure enough that was it; nothing to it.

Visiting my parents for Christmas and trying to get a T-Mobile prepaid SIM card required my name, address, social security number and credit card information. Why?!

Buying a phone in Finland is an equally enlightening experience. You go to any major electronics store and stand in front of an epic wall with at least 50 models, sometimes over 100 in the larger stores. The prices are all unsubsidized, point at what you want, someone comes and gives you a demo phone to play with and answers any questions you may have, if you like it they pop in the back room and grab you a brand new, sealed in a retail box device, that you can ring out along with an ice cream cone. Seriously, you can buy ice cream everywhere in Finland.

Why can’t America be the same? Why did Apple have to bend over and get with AT&T? Why didn’t they sell directly to the consumer?

I just don’t get it. Steve Jobs is all about thinking different, and the iPhone is a remarkable device that sent shock waves through out the mobile telecommunications industry that have yet to be felt and probably will not be felt for another year or two, yet the same archaic model of selling devices with a ball and chain attached still applies.

Apple tried to get operators to share a slice of their revenues and still charge a hefty premium for their devices, trusting the consumer to activate the device in their home. That failed, an estimated 27% of all iPhones sold in 2007 were never activated and instead jailbroken. With the iPhone 3G it is “business as usual” with AT&T buying devices from Apple to the cost of $1 billion per year according to Cowen & Co analyst Tom Watts, and then selling them back to consumers to make a little bit of money.

It didn’t have to be like this. Here is hoping Apple does what Palm does, by that I mean sell their devices unlocked and unsubsidized on their online store. Then, and only then, will I buy one.

You heard that right, I’ll buy one.

Always highly informed Boy Genius and its sources inform us that Portugal-based Optimus will be offering the iPhone 3G both...