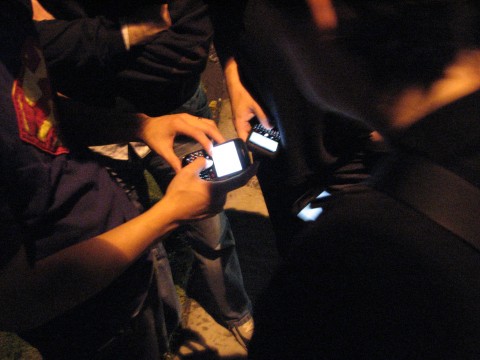 By the time posts got up, it was time for eats. A particularly generous friend decided to take a bunch of us out to a Mexican place in the neighbourhood, but we got a little turned around. Not that big of a deal for your standard group, but it’s pretty hilarious when you consider all seven of us had GPS-capable smartphones. Sigh. We did get there eventually and had a sangria/burrito-filled evening of merriment. 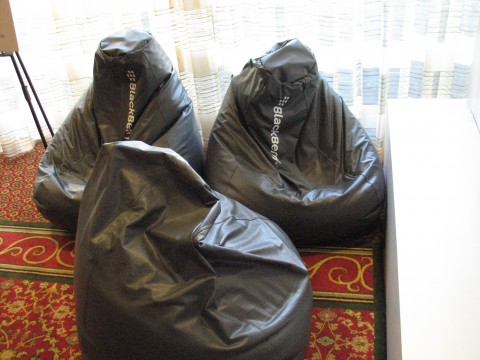 Oof. I could really use one of those bean-chairs right about now. That just about wraps up IntoMobile’s coverage of RIM’s first annual BlackBerry Developer Conference. Tomorrow the Alliance Members will be having their private shindigs – we’ll just have to wait our turn to see what RIM’s working on with them. Overall takeaway from the whole conference? A lot of BlackBerry developers were cynical about the speed with which RIM could provide them with tools, but the presence of the show itself gave them a lot of hope. Interest easily exceeded expectations, and gave developers exactly what they wanted: technical, deep and thorough sessions which would have a tangible change in the way they build mobile applications.

Although there is that hardcore audience at the show looking to learn, there was no shortage of hype. The BlackBerry Storm got some airtime, some fine products were shown off at the BlackBerry Developer Challenge, and lots of new developer tools were thrown into the mix. RIM has yet again managed to instill this ongoing mentality that things can only go up, and they always do – expect next year to be bigger and better for both end users looking for new toys and devs wanting to make them.

After dodging dirty looks from Verizon reps at the BlackBerry Developer Conference, I finally managed to get some time with...