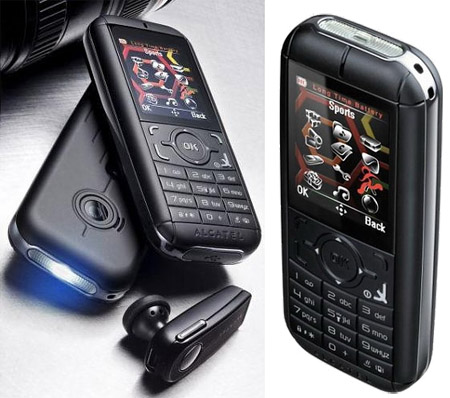 It’s not that often that we hear about some new Alcatel phone. The French company seems to have almost abondend its handset business, hence the device we’re showing you today, Alcatel OT-I650, is manufactured by China-based TCL Communication Technology.

Anyway, the candybar-shaped device is made for those that don’t want a smartphone with its complicated mambo-jumbos. Rather the individuals Alcatels is targeting want a simple and easy to use phone that fits their active lifestyle. That being said, the Alcatel OT-I650 does go beyond “classic” low-end phones we’re seeing thanks to the built in G-sensor (accelerometer), which allows users to switch between apps by shaking the phone. In that sense, this device reminds us such handsets as Nokia 5500 or Sony Ericsson W580, though the mentioned two are way more capable than Alcatel’s baby.

In addition to G-sensor, the OT-I650 also comes with a 1.3 megapixel camera, FM radio, Bluetooth, as well as several sport apps pre-installed like pedometer.

With mobile operators gradually adding laptops to their offering, we're glad to report that the similar thing has started happening...