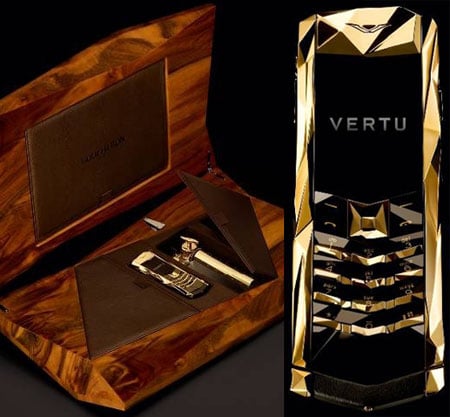 Here’s a phone very few of us will be able to afford. It’s the Vertu Boucheron 150, created to celebrate the 150th anniversary of the French Boucheron jewelry house.

Apparently, the phone is built out of a single piece of massive gold! Furthermore, it is said that it requires more than 2,000 hours to produce a single unit, hence making us belief this will be an extremely limited edition handset. And since its price is rumored to be more than $30,000, the “limited” part makes perfect sense — there are no that many individuals ready to pour out such an amount for a mobile phone.

Anyway, the Vertu Boucheron 150 comes in a luxury wooden case, but we’re not familiar with its specs. Guess that part is not that important with devices like this one…