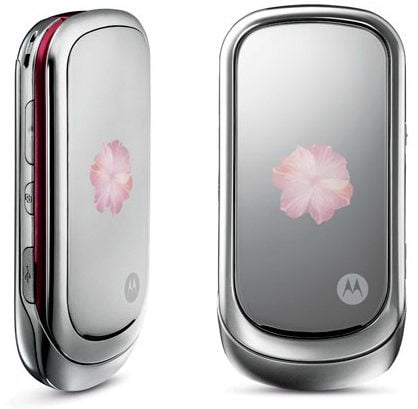 In an effort to catch some Valentine’s Day sales, Motorola has launched its mid-range PEBL phone in Rose Bloom color. The stylish handset is obviously designed to appeal to the females, and in that sense we can easily envision Moto selling a bunch of these till February 14th. It’s not a “power-phone,” though, sporting so-last-year specs.

As for the markets where the American handset maker will sell the newly colored PEBL, we’ve heard Korean SK Telecom picked up the device. No word on whether some European or North American carrier will offer it, too…