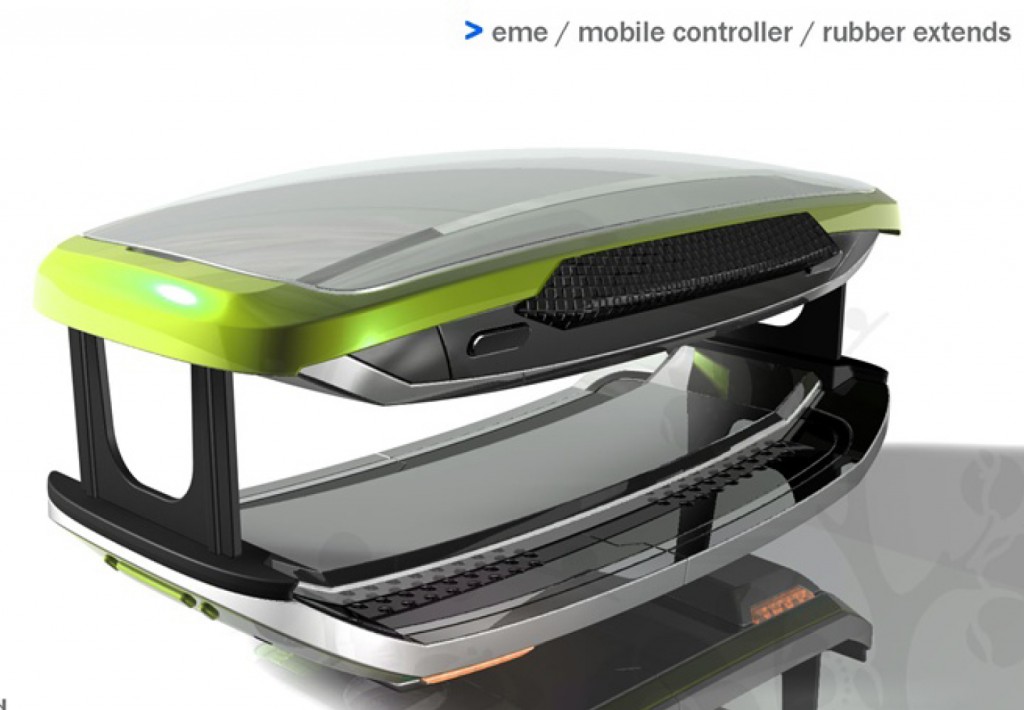 This is one of the crazier concept phones I’ve seen in awhile. Shao Wei Huang‘s Evolutional Mobile Entertainment concept is a veritable Swiss Army Knife of forms: first, its primary screen slides out the left side and tucks back in when unused; second, two stereo speakers flip out from the rear; third, and most startling, is its ability to separate right in the middle, held up by flexible rubber supports, so your hand fits in sideways just like a glove, leaving your thumb on the outside to handle controls on the front-facing touchscreen. That touchscreen handles the whole shebang of user interface, including camera controls, gaming, phone, and music, while the higher-res slide-out screen does most of the displaying.

The whole thing is pretty out-there, but the inclusion of a paired media hub as a dedicated communication channel for the device looked pretty cool – it wouldn’t be surprising to see Microsoft work in the same kind of relationship with Windows Mobile and XBox. Branding on the concepts is Philips, but this was probably just for a contest sponsored by them. No doubt engineers would scoff at the cost and complexity of making a phone like this, but it’s still a very cool idea and certainly prods us to think outside the usual form factors we’ve become used to.

Have you tried 'Airport Mania: First Flight' for the iPhone yet? It's been at the top of the paid app...