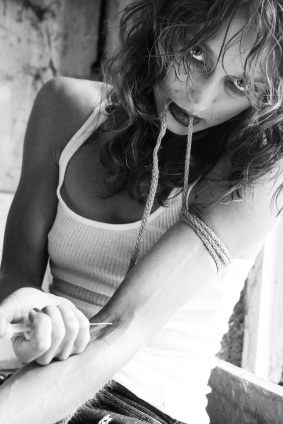 140 character summary: RSS rocks, if you’re not using it: you suck. I have too many RSS feeds. I’m going to share my list with you, and trim it down.

RSS, or Really Simple Syndication, was invented by Dave Winer and since learning how to use it several years ago, I’ve affectionately given it the title of “Black Tar Heroin of the Internet.” Twitter came along, and Facebook blew up when they let old people, social media consultants and SEO douchebags in, but real internet junkies, and most serious bloggers, uses RSS to help manage their unquenchable thirst for information. Think of it like subscribing to a newsletter. When a website publishes something new, you get a copy of of that information in your inbox, or in this case your RSS reader. You no longer have to go to 10 different sites to get the information you want, you simply go to your RSS reader, read what you care about, and then go on about your day.

This is where RSS gets dangerous. It used to take you 30 minutes to read 15 sites, now with RSS it takes you only 10 minutes. Some people say “fantastic, now I have an extra 20 minutes to do other, more meaningful things!” while others like myself go “fantastic, now I can read more in 30 minutes than I was able to before!” Once your brain gets used to consuming this much content, you will suffer burn out, guaranteed, and you’ll look forward to those days of down time where you don’t come in contact with anything that runs on electricity.

Several RSS readers exist, Windows users should try out Feed Demon, and while I no longer have a Mac, when I did I used to use Net News Wire. Personally however, I use a browser based RSS reader called Google Reader. Go to reader.google.com and check it out! Here is a screenshot of what my Google Reader setup looks like: 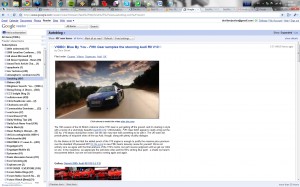 Most websites have an RSS icon somewhere highly visible and they’re usually some variation of this orange icon:

Browsers however are really smart, and if you go to a website that is RSS enabled, you’ll be notified of that fact in your address bar. I use Google Chrome as my main browser, which doesn’t have auto detection, but I have all the major browsers installed. Here is what going to IntoMobile looks like in Firefox 3.5 Beta:

And finally in Opera 10 Beta:

There are mainly two kinds of RSS feeds: full and partial. A third type of RSS feed exists for podcasts, but I’m not going to discuss that in this post. Full RSS feeds, like IntoMobile and most other technology blogs offer, allow you to read what has been posted without needing to go to the website. Some websites however use partial RSS. You’ll see that they’ve written something, but you have to click on a link and go to their website to actually consume the content. They do this to increase their pageview numbers, which in turn helps them ask for more money from advertisers. Obviously I prefer full feeds. If you stumble across a site that has partial RSS feeds, try and contact the owner/editor and ask them nicely to switch to full. You would be surprised how many don’t even know they had partial RSS feeds enabled!

Full RSS feeds also let you enjoy a site’s content without ads. Some websites however have started including ads in their RSS feeds. There is something you can do to get rid of all ads on the internet, but I’ll get to that in another blog post at a later date.

A bundle of RSS feeds can be stored in something called an OPML file. It’s essentially a glorified list. In what may be an unprecedented move for a competitive blogger, I’m going to give you my crown jewels, my list of the 293 RSS feeds I read.

Why am I doing this?

With 293 RSS feeds and only 24 hours in my day, I desperately need to trim this sucker down. I used to be able to “hit zero,” also known as reading all my RSS items, but lately it has been impossible. I could have done this in private, during my own time, but one man’s garbage is another man’s treasure. By going through my entire list of 293 RSS feeds, 10 feeds a day, I hope that I can point you to some new sites and services you may have never heard of. I also have a strong ethos regarding sharing. If I find something interesting, awesome or worthy of attention, I share it with my friends and with the world on my Twitter account. I expect people to do the same and at the end of the day we, as a people, will put an end to boredom. I break the law too with my heavy use of bit torrent, but that’s another story all together.

Here it is, my OPML file: my nugget of black tar heroin.

Can’t wait to share more! Throw some links to sites you love below and why I should read them.

Quick Edit: Fixed the AnandTech link, thanks for the tweet, and just wanted to say expect episode 2 on Monday. This will be a Monday to Friday series.