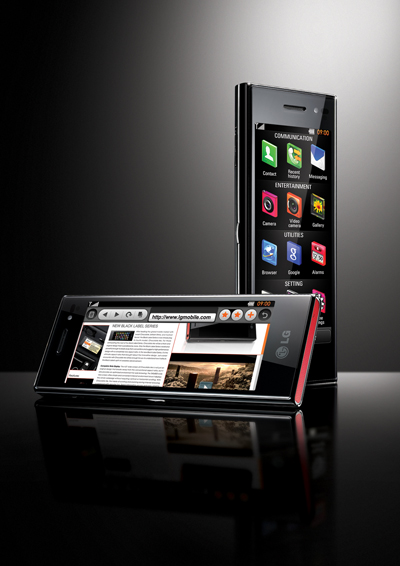 The next generation of LG’s Chocolate lineup was spotted two weeks ago has been officially announced for a third quarter release in 54 countries. Although we don’t have any solid information on which countries, nor price point, we’ll certainly take these pictures and drool over the 4″, 800 x 345 “Real VGA” screen in a crazy-long 21:9 aspect ratio. Other reported specs include HSPA, WiFi, GPS, FM transmitter, 355 MB of on-board storage, and a respectable 5 megapixel camera. If you’re hoping to nab one, we heard Telus will be picking up this beauty, so keep your eyes peeled.

There aren't too many options out there for watchphones - watches that double as cellphones - and LG is one...