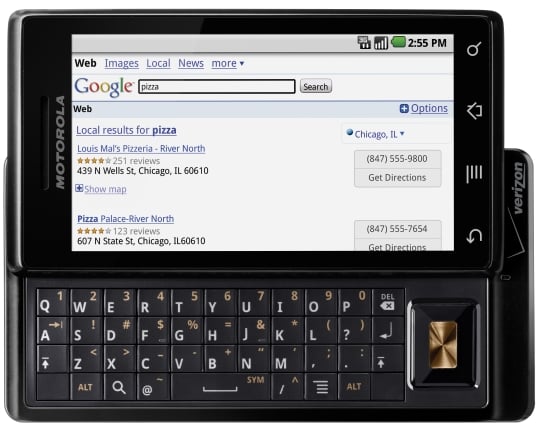 The Motorola droid has been turning a lot of heads since its launch yesterday, and no doubt some folks are hankering to pick up the super-thin, full-QWERTY, Android-powered slider as soon as possible. The officially-announced launch day was November 9, but apparently Best Buy has it in stores today for $199.99 on contract. Considering the hype and the early release, I doubt stock will hold up for long, so get ’em while they’re hot. If you’ve had a chance to swing by your local Best Buy store, what’s the inventory like? For those that can’t get out to a brick-and-mortar store to pick up a droid, keep an eye on Best Buy Mobile’s online store, or if your palate isn’t sufficiently whet, take a look at our hands-on impressions.

All eyes are on the Motorola Droid right now, but Verizon will be following up with a second handset in...