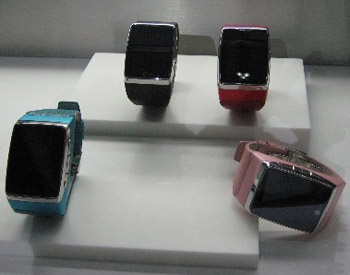 Although LG’s GD910 watchphone is far from success, the company plans to release more such devices next year. With CES coming in two months, we’re wondering whether they will use the event to go all official with a new watchphone, just like they did in January of this year. The move certainly generated tons of publicity for the company.

In an announcement made on Thursday, LG said there will be more styles available in 2010. That’s plural baby, meaning we could see not one but more watchphones being unveiled. This is not to say I’m a big fan of such devices, but they do intrigue my imagination — I was a big fan of Dick Tracy comics, I admit. 😉

Palm has made a new firmware available for the Pre, in a move that's obviously designed to coincide with the...