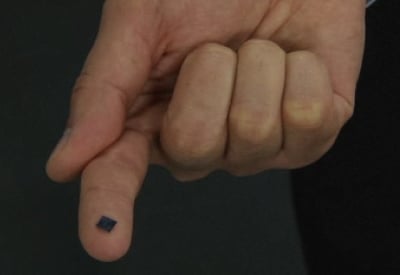 Texas Instruments announced their WiLink 7.0 chip today, less than a week before Mobile World Congress starts, and it’s rather impressive for what it does. It’s the first chip that can receive FM radio, transmit FM radio, has WiFi 802.11 a/b/g/n, and Bluetooth 3.0. It will also support WiFi Direct once that becomes a standard, but we’ll have to wait and see if that technology is going to take off since Bluetooth 3.0 pretty much does the exact same thing. TI claim it’s 50% smaller than “today’s existing solutions” and that it will cost 30% less too thanks to being built on 65 nanometer technology.

The image above is from a video TI made about the WiLink 7.0. They’ve uploaded it to this page which also has more information about the chip itself should you be interested in reading about it further. TI did confirm that the WiLink 7 is currently being sampled by various customers and should be in devices hitting the market by the end of this year.