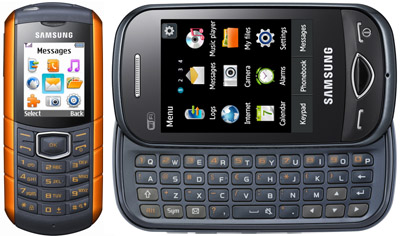 As we don’t have the official press release, we don’t know when will these two phones be launched. One thing is certain – both devices will find their way across the markets Samsung serves, developing countries included.

Even though Samsung failed to officially announce the I8520 Android-powered smartphone at its Bada event, we've found the device at...