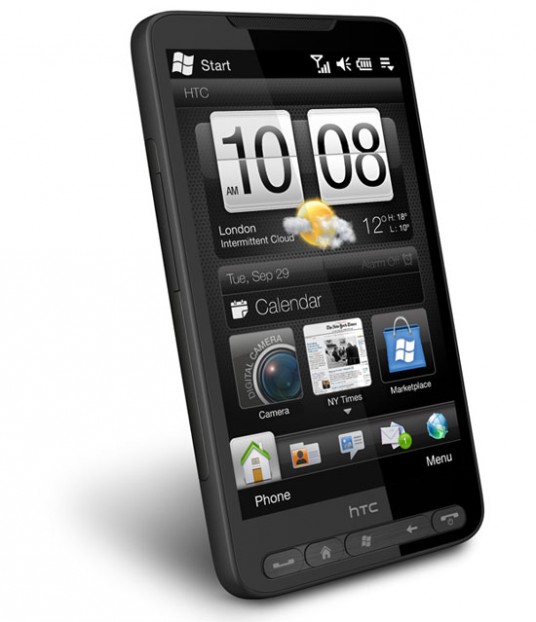 Sorry, HTC HD2 owners, we’ve got some bad news for you all. Microsoft has confirmed that their Windows Phone 7 Series “3 chassis” guidelines will essentially prevent most, if not all, currently available Windows Phones from getting an upgrade to WP7 when it launches later this year. That means all those Windows Mobile 6.1 and Windows Mobile 6.5 phones out in the wild – including the HTC HD2 – will have to keep on keeping on with the long-toothed Microsoft mobile operating system that has become the butt of so many geeky jokes recently.

Natasha Kwan, Microsoft’s General Manager for Mobile Business Asia-Pacific, went on record today with the disappointing news that the new Windows Phone 7 Series hardware requirements will keep all those Windows Mobile 6.x phones locked in the stone stylus age. “Because we have very specific requirements for Windows Phone 7 Series the current phones we have right now will not be upgradable,” said Kwan.

That’s not such a surprise for most Windows Mobile smartphone currently on market. Most of these Windows Phones were never in the running for an upgrade to the upcoming Windows Phone 7 Series, so we aren’t too disappointed there. What’s disappointing is that the new chassis guidelines crosses the HD2 right off the WP7 upgrade list, despite rumblings of a WP7 upgrade on Twitter. We’d also heard Microsoft previously mention that Windows Phone 7 upgrades would be something the hardware OEMs had to think about, leading us to believe that upgrades were possible.

The problem, it seems, is Microsoft’s renewed philosophy on smartphones. Windows Mobile was too fragmented by different form-factors with wildly different hardware button setup. We’re not sure exactly what Microsoft’s new “three chassis” guidelines will specifically include, but even the HTC HD2’s high-resolution 4.3-inch capacitive touchscreen, 5-megapixel camera, 3.5mm headphone jack and 1Ghz Snapdragon processor aren’t reasons enough to overlook the fact that the HD2 “doesn’t qualify [for WP7] because it doesn’t have the three buttons” layout, according to Kwan.

We’ll know more about WP7’s hardware guidelines (and hopefully the HTC HD2’s WinPhone7 upgrade prospects) at MIX10, later this month. As far as we know, the HD2 fits a lot of the criteria for a Chassis 1 Windows Phone, but the button layout drama seems to be a major sticking point. With the HD2 due to hit T-Mobile shortly, it should be interesting to see whether or not Microsoft decides to make an exception and grace the HD2 with Windows Phone 7.

Otherwise, why would anyone buy an HD2 at this point? Would you?

It wasn't too long ago that we first laid eyes (and hands) on T-Mobile Motorola CLIQ XT. The CLIQ XT...