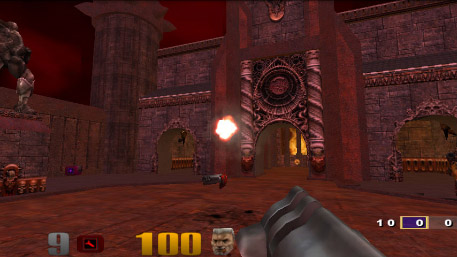 Developer Thunderbird2K is bringing Quake 3 to the Android platform. The name of the game has changed to Kwaak3, but it’s essentially the same thing.

“When I received a Motorola Milestone phone, I wanted to get into Android development. I had seen ports of Quake3 to the iPhone and the N900 which have similar specifications… so I thought why not bring Quake3 to Android?,” said the developer and he’s totally right. If we can’t have the official game, the unofficial one will do just as good. (are you reading this iD Software?)

Given that Thunderbird2K has the Motorola Milestone, he hasn’t bothered making the game work with touchscreen controls. In other words, Kwaak3 won’t sing along most Android-powered devices, including Google’s Nexus One. That’s actually until some other developer don’t change the code, which is open source by the way…

SPB Software has released an updated version (2.1) of its SPB Brain Evolution developmental game for Symbian smartphones. The main...