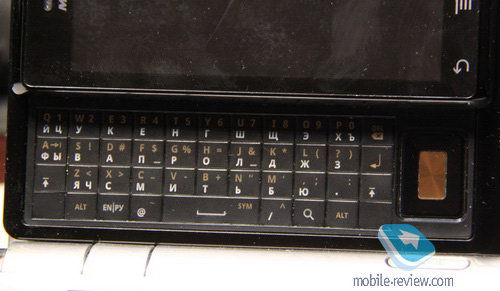 It seems Motorola will have to recall or do something else about its Russian Milestone units. The problem occurred when the American company tried to fit all letters of the Russian alphabet into Milestone’s QWERTY keyboard. And since there are more letters in Russian alphabet, the mess was produced – effectively making the keyboard “nearly impossible to use.”

For instance, some letter have been paired on single keys, which is ridiculous. Then the location of Russian letters Ze and E has been moved from their standard position. And finally, my personal favorite – in order to use comma, you need to switch to the English layout. In a nutshell, Russian Milestone has “FAIL” written all over it.

The question is – what can Motorola do about this? Can they simply change the keyboard and make it wider for Russian and other markets where people use more letters than used in standard English keyboards? Or is it too complicated? One thing is certain, Moto should think more carefully about international issues in order to grab (back) its worldwide market share… Any thoughts?

[Via: Unwired View, image from MobileReview]

It seems like it's taking forever, but Verizon is readying the Android 2.1 update for the Motorola Droid. According to...