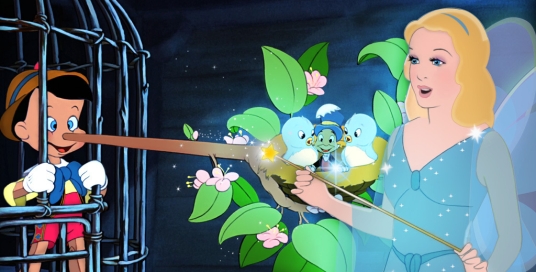 Listen up America, by the end of this year, and most definitely during 2011, you’re going to be bombarded with advertisements that stretch across all forms of media, tempting you to hop on board a 4G network. Let’s get this out of the way right now: 4G, as the word is currently being used, is nothing but a marketing term.

The International Telecommunication Union, one of the bodies that is responsible for setting the technology standards that handset vendors and infrastructure providers follow so that their equipment actually works together, said in October 2009 that they’ve received six proposals for technology that deserve the 4G label, and that those proposals are “aligned around the 3GPP LTE Release 10 and beyond (LTE-Advanced) technology and the IEEE 802.16m technology”.

Let me break it down for you.

Clearwire is building a WiMAX network, otherwise known as 802.16e. The second version of WiMAX, called WiMAX Release 2, but technically known as 802.16m, is up for consideration as proper 4G technology. What’s the difference? 802.16m is supposed to provide up to 1 gigabit per second speeds while you’re sitting at a fixed location, and 100 megabits per second while you’re on the go. That’s a far cry from the “average mobile download speeds of 3 to 6 mbps and bursts over 10 mbps” that Clearwire said they’re achieving as of yesterday.

What about LTE-Advanced? That’s not even a standard yet, and it isn’t even expected to become one until March 2011. In Sweden, where TeliaSonera is currently enjoying the title of being both the first and only provider of commerical LTE service, people are already experiencing “data rates above 25 Mbps more often than below” and reaching “45 Mpbs downlink on some occasions”. That’s nothing compared to the 1.2 gigabits per second Huawei achieved today at CTIA using LTE-Advanced.

Back to the International Telecommunication Union, they’ve said that they’re not going to name which technologies are going to get the prestigious “4G” moniker until October 2010, so from a semantics point of view, any operator saying that they’re building a 4G network is being deceitful and are driven by a bunch of asshole marketers.

Now as for the speed increases that consumers are going to be seeing during the end of this year, and during the course of 2011, here are several things you need to know:

Devices like the HTC EVO 4G are going to be incredibly niche. That device in particular has a 3G CDMA radio that it will use for voice and text messaging, and a WiMAX radio that it will use for data. Reviews are not out yet, and I’m not a betting man, but I have a strong suspicion that battery life will be atrocious. Sprint is pushing themselves into a very uncomfortable corner. There are never going to be any pure WiMax mobile phones, and investing in CDMA is a waste of money at this point, so they’re going to have to depend on manufactures like HTC to continue making Frankenstein like devices supporting their dual network technology infrastructure to keep up with all the other network vendors.

Verizon Wireless, currently a CDMA provider, has committed to covering 100 million people with LTE by the end of this year. That’s brilliant because they’re finally going to start using a technology that the rest of the world has decided to implement, but for some odd reason they’ve decided to roll out LTE on the 700 MHz band while Europe and Asia are going 2.6 GHz. Now some countries are going 800 MHz for LTE, while others have been given permission to use the 900 MHz spectrum they already own to roll out LTE service, so we’re basically going to be in a situation where you’re going to have to make sure the LTE device you’re buying supports the country you’re in. We’ve only now started seeing devices that roam across global 3G frequencies, how long do you think it’ll be until you see a mobile phone sporting hexaband LTE?

Speaking about LTE handsets, Verizon said that they’re not even going to offer an LTE device until the middle of 2011. That’s a full year away. And like the HTC EVO, it’s going to be something that’s been hacked together, have terrible battery life, and will not be purchased by many people.

Then what about speed? This month Verizon Wireless said that they have hit “average downlink rates of 5Mbit/sec to 12Mbit/sec and average uplink speeds of 2Mbit/sec to 5Mbit/sec” during their trials in Boston and Seattle, which leads me to ask: why is it so much slower than what TeliaSonera customers are getting in Sweden?

Anway, T-Mobile, who was late to the 3G game, and has a limited amount of 3G handsets since they’re using an even weirder chunk of spectrum, the 1700 MHz band, is ironically in the best position right now. They’ve committed to HSPA+ and are going to be able to cover 185 million people in 100 markets by the end of this year. Their technology is supposed to reach theoretical speeds of 21 Mbps, which in reality will prove to be half that, but that’s still 10 megabits. Handset makers are also going to find it much easier to make HSPA+ products than LTE devices. Best thing about HSPA+ is that it supports the voice infrastructure that’s already in place. LTE, which was a data only network technology until about a month ago, needs new infrastructure equipment to support voice!

So there you go. To recap: 4G is a marketing term, real 4G doesn’t exist yet, Clearwire is good for data only, devices like the HTC EVO 4G are going to be few and far between, Verizon Wireless is building an LTE network that’s running between 25% to 50% slower than what TeliaSonera is currently achieving in Sweden, T-Mobile with their 21 Mbps HSPA+ technology is in a very awesome position, and AT&T … well, fuck AT&T.

They need to fix the 3G network they already have.

Update: In case you’re wondering what I’m getting with my operator, Saunalahti, here is a screenshot of a benchmark I just took on my Google Nexus One which just so happens to support 7.2 Mbps HSPA. I’m getting about 45% of the theoretical speed, so in other words the network is being maxed out. 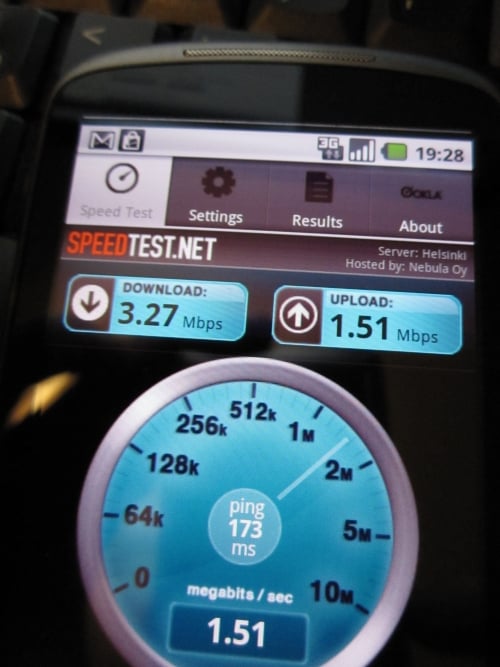 Update: Kevin Tofel, Editor of jkOnTheRun, contacted me to share a link of a video he produced last month where he demos T-Mobile’s HSPA+ network in Philidelphia. Towards the end of the video he shoves his T-Mobile SIM inside a Nexus One, and like the screenshot above, he runs the SpeedTest.net Android application. Check out the results he got: 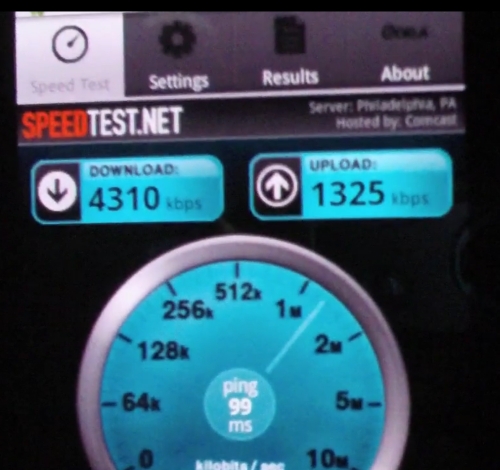