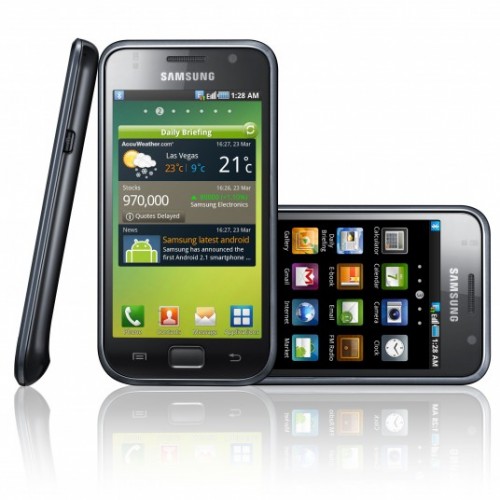 Thought that the Evo 4G was the best of the best, did you? Well, you may still be right on that one, but it turns out that the Samsung Galaxy S has almost three times the graphics processing power of any smartphone available!

Taylor over at AndroidAndMe did some digging as to what Samsung meant at their keynote when they said that their new device, “has 3x the power of other smartphones.” and “can process a staggering 90 million triangles per second.” Holy hell, that’s a lot of triangles! As it turns out, the Snapdragon platform can only push out 22 million triangles per second. So where are the 68 million triangles coming from? Further research lead him to find that the Galaxy S is using a specific Cortex-A8 processor, that is coupled with a PowerVR SGX540 GPU. This specific application processor, codenamed Hummingbird, is only found in the Galaxy S, and the Samsung Wave.

He also shows a good chart, comparing the top smartphones right now, and some gaming consoles for contrast:

Here is a GPU comparison for some of the leading smartphones:

And for comparison a few consoles:

Basically, the Galaxy S just whooped every smartphone in the market today. Yet, it’s still not very close to the gaming consoles shown above.  There are still factors to be  determined. How much RAM comes with the device? And How will the GPU be utilized? A colleague pointed out a good point – how the extra GPU processor power will be leveraged in real world use. Will it have to be specifically programmed by developers to get all those triangles pushed out to ensure the device lives up to  its capabilities? Or does this GPU just work across the board, throughout the entire device?

At the moment, it’s anyone’s guess, but if the graphics performance turns out the be as great as Samsung says, this could be one hell of a device for watching movies, and playing games. Too bad Android doesn’t have very many graphic intensive games out yet. I think with the insane graphics capabilities of the Galaxy S, paired with that gorgeous Super AMOLED screen, I may have to pass on the Evo. Maybe.

Everyone apparently wants an Apple iPad. But, if you're still eying one of Apple's tablets, you may be stuck waiting...