See that funky looking N in the top left hand corner of that iPhone? That’s the official NFC, now known as N-Mark, logo.

Apple patent 20,100,082,784, which was filed in September 2008 and published last week, is called “System and method for simplified resource sharing” and that’s exactly what NFC enables. When two NFC devices touch, they immediately form a connection and can start transferring data. No more fumbling around with business cards at conferences and meetings, no more having to ask someone for their phone number, no more having to type a word or phrase into a Google search box or lining up your camera, then waiting, to scan a barcode, but the most kick-ass use of NFC is as a payment method.

People in Japan have been using NFC enabled devices for years now, and they can pay for practically anything using nothing but their mobile phone. Some of the newer apartments even have NFC enabled door locks, so you can literally leave the house with nothing but your mobile phone and some sort of photo identification and have the burden of remembering where your keys and wallet are removed from your consciousness.

Anyway, back to this Apple patent, this isn’t just for the iPhone, this is for practically all Apple products. Check out some more images after the jump. 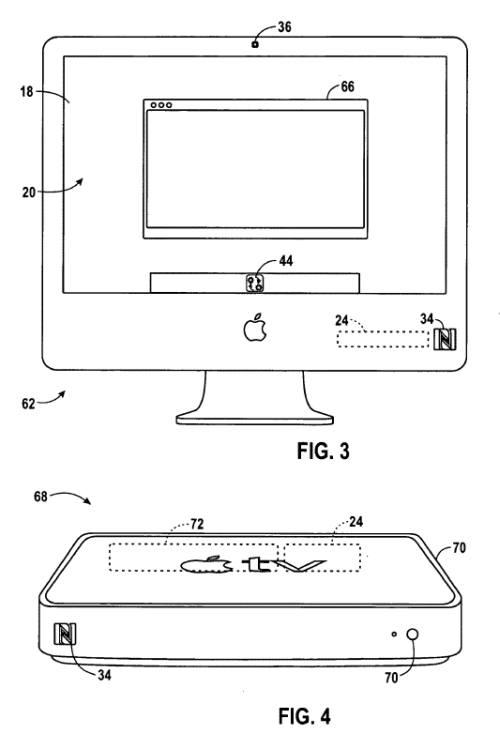 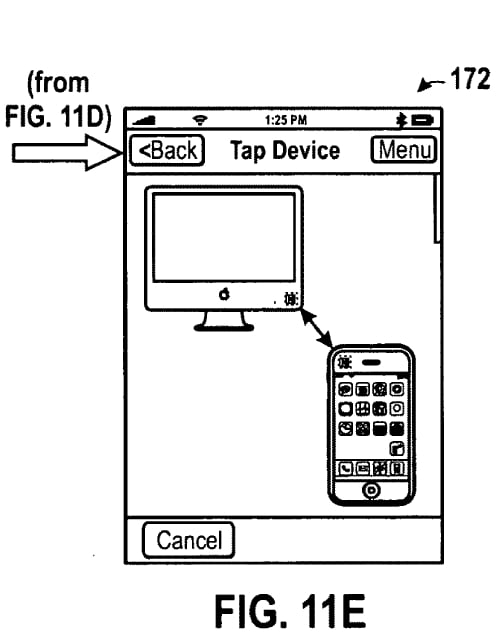 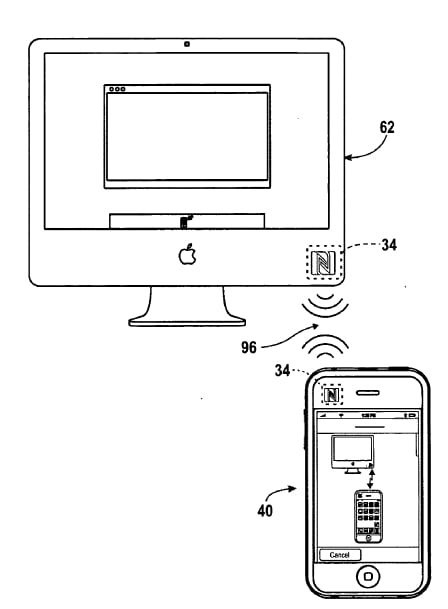 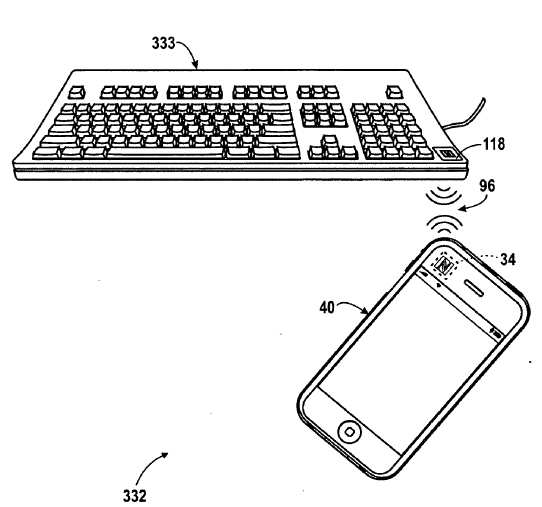 There are even more images, such as an iPhone pairing with a projector and XBOX 360. If you’d like to see those, read the whole 93 page patent: 1.3 MB PDF

Fancy yourself a jet-setting globe-trotter with reason enough to carry an iPad onto the airplane? Well, even if you're not...