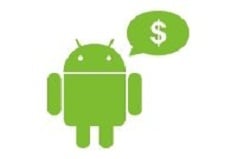 Google had a solid earnings quarter but what our readers should find interesting is that the results show Android is rapidly gaining traction.

An interesting aspect is that the search giant said the Nexus One was “a profitable business,” which is kind of surprising because the data we’ve seen indicates it’s not selling like gangbusters. The handset will soon be available on all four major U.S. carriers but I’m still failing to see a super large market for it due to competition and the fact you can’t touch it in a store beforehand. Many have gone to AT&T specifically for the iPhone and a new version is just around the corner, Sprint’s EVO 4G looks like the cool new thing and the Droid Incredible makes the N1 practically irrelevant on Verizon. I guess that N1 marketing position won’t be as difficult as I thought it would be at first blush though because Google must be doing something right.

Another interesting tidbit is that Google said it is seeing more than 60,000 devices sold and activated daily, which means that’s roughly 22 million handsets a year – with crude extrapolation, of course. The company also said the Android Market is quickly swelling, as there are now more than 38,000 apps in the store. By contrast, Apple now has more than 180,000 programs in its App Store and the upcoming iPhone 4.0 software could galvanize the base because of the added ability to multitask. Additionally, many developers I’ve talked to still complain that the wide variety of screen sizes, hardware and lack of polish with the developer tools still make Android kind of a pain to create for. But with those types of units shipped, I doubt many will stick to just the iPhone, particularly if it continues to limit how its developers can create things.

So, I guess hat’s off to Google for its success with Android, now let’s just hope for a unified inbox in Android 2.5 …