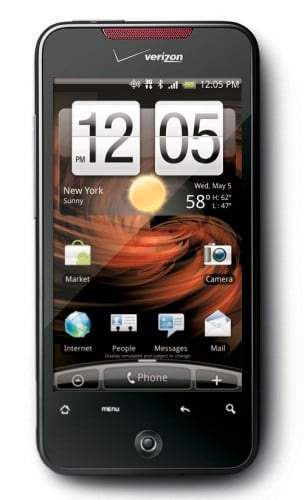 The HTC Droid Incredible is one of the best Android devices to date. While the Sprint Evo 4G eclipses the Incredible in terms of specs, Verizon’s Droid-killer will be out before the Evo, and is still a very viable alternative. But is it worth switching to Verizon for?

Depending on what device you have in your pocket right now, that may be a hard question. If you’re sporting a feature phone, and you want to get your very first smartphone, I’d say, sure you should definitely consider the Incredible. If you’re on T-Mobile, and you just got the Nexus One, there shouldn’t be too much reason to switch. Why? Because there’s really not much incentive. There’s a lot to lust after with the Incredible, but it’s just not enough.

Let me explain my point of view. 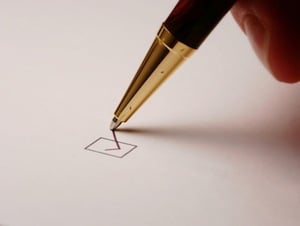 Spec vs Spec
When comparing to the Nexus One, the Incredible bests it in a couple of ways – but more in the ways of ‘one-ups,’ and not completely wow-ing new features. One of the better reasons to consider the Verizon’s new beast? Internal memory. Many Android devices are somewhat crippled with the lack of internal storage. The Incredible has 8 gigs (8 GB) of on-board memory for applications, and you can still pop a 16 Micro SD card in for storage of other media – the Droid Incredible also comes bundled with an 8 gig microSD card out of the box, where the N1 gives only a 4 gig card. The Nexus One has only 512 MB of internal memory, which can be irritating if you download a lot of applications, but it also supports up to 32 gigs with a Micro SD card. There’s give and take with both devices, but it’s certainly not the only place where the Incredible beats out the Nexus One.

There are two more factors to consider about the Incredible. Verizon’s new device bests the Nexus One, and pretty much every other Android device (except for a couple, Xperia X10, and Motoroi) when it comes to the camera. The Incredible sports an 8 MP camera with a dual LED flash, where the Nexus One has 3 million less light-detecting pixels crammed on its image sensor and only a single LED flash. The only Android device to date that bests the Incredible in the camera department is the Motoroi, which couples an 8 megapixel camera with a Xenon flash.

Lastly, The HTC Incredible sports Sense, a customized user interface that’s been seen on devices like the Hero and Droid Eris. While some may prefer the stock Android interface, many would agree that Android with HTC’s Sense UI is the way that the OS should be experienced. It’s extremely intuitive, and slick with various widgets to help you customize the shit out of the thing. Sense can be found on a couple of Windows Mobile devices as well, but none are as slick as Android with it. Sense also includes Flash lite, so you have the option to play Flash-based games online, and you don’t have to rely on the small selection of games from the Android Market. Flash 10.1 will come later, and performance will be much better – Flash lite does not have hardware acceleration. HTC Sense is the closest thing to an iPhone-like experience, not because of looks or the way it works, but because of the sheer usability and it’s stand-alone beauty. 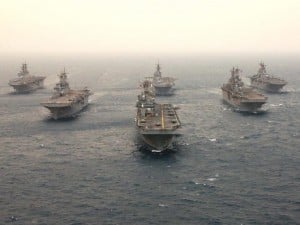 Which carrier is right for you?
Now, after talking the Incredible up and down, is it the right smartphone for you? Possibly. It depends on your perspective on which carrier is better.

I’m personally going to have to pass on this device for a couple of reasons. Number one, Verizon. Verizon may be the best carrier in the US when it comes to reliability and coverage, but you’re also going to pay for it. If you’re an AT&T customer with and iPhone looking to switch over to the Incredible, you may not see too much of a difference in pricing. But if you’re coming from T-Mobile or Sprint, expect to pay more on your bill. While it may be worth it for the coverage, and reliability, I simply don’t care. I’ve been with T-Mobile for over three years now. I switched over to Verizon when the Motorola Droid came out, but I shortly returned the device because of the price, and some other issues.

For about $100 on T-Mobile, I get 1000 minutes, unlimited texts, and unlimited internet. All while paying $20 dollars to pay of a financed MyTouch 3G, which I have as a backup device. All without being on a two-year contract. With Verizon, for $100,  I got 450 minutes, unlimited texts, and unlimited data. No extra phone included. I will note that since then, Verizon has dropped the price of their plans by $10, but still no extra phone! I dealt with the higher price, but it was their text messaging that pissed me off. Usually, when a text goes over the allotted amount of characters in one text, it SHOULD be broken into two texts and sent to the person that way. Problem is, that never happened. Friends would always reply with a “What did you say, your text cut off.” After talking to a slew of customer service representatives, they told me that should not be happening, but if it is, there’s no way to fix it. On average, I talk on my phone less than 300 minutes a month, and text more than triple that. The texting fiasco with Verizon was enough for me to go back to T-Mobile alone, but the additional cost makes the decision it that much easier. In either case, T-Mobile’s customer service is much, much better. 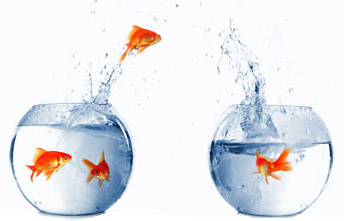 To make the switch or not?
Overall, I’m very happy with my Nexus One, and I’m not look to be switching to another carrier anytime soon. I wouldn’t even switch for the Evo 4G. I’ve been running Android 2.1 with the Sense UI on my N1 since late February, and for the most part, I’ve had absolutely no problems with it. The only problem is that the developers just keep coming out with better ROMs, and I have to update accordingly, but that is not a bad thing. By the time the Incredible comes out, the Sense UI I’m running on my Nexus One will be highly optimized for performance. It is now, but much more so than the Incredible. I’m no photographer, and the camera on the Nexus One is fantastic, so an extra 3 mega pixels is no reason to switch to another phone for me. Internal memory is a bitch, but that’s why the amazing developers have made a way to send your applications to your Micro SD card. Most of what I’ve done to my phone is more so for the tech-adventurous, so if you don’t want to tinker with your device, (which is half the fun of Android) then maybe the Incredible is for you. It’s an amazing device, and I am in no way denying that. But it doesn’t kill the Nexus One in enough areas to make me want to switch.

So, no. I will not be making the switch to Verizon for the Incredible. That being said, I can’t wait to get up close and personal with the hardware!

What are your thoughts on the HTC Incredible? Would you be willing to switch carriers for it, or are you waiting for another device like the Evo 4G, or Samsung Galaxy S?

Verizon and AT&T's ongoing advertising battle, championed by Luke Wilson and a catchy tagline, respectively, is apparently coming to an...