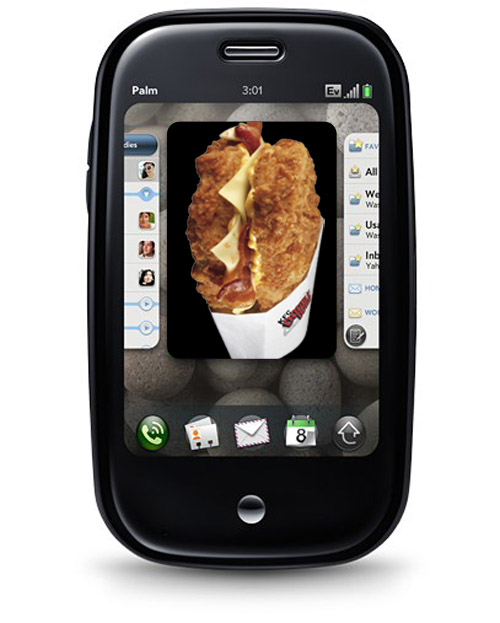 Let’s make no mistake: Hewlett-Packard spent $1.2 billion to buy Palm because it wants to push webOS at scale, according to statement from HP executives.

“WebOS is the best-in-class mobile operating system,” said Brian Humphries, HP’s senior VP of strategy and corporate development, in a conference call. “Our intent is to double down on webOS.”

This is great news for webOS owners and fans because this means your Pre is not staring down an evolutionary dead-end. HP will likely invest hundreds of millions into the development side, so look for software updates to continue at a solid pace once this deal closes (expected to happen by late summer). According to TechCrunch, Humphries also said:

“We think it’s one of the best operating systems out there today. We see nothing in development in the next 3 to 5 years that comes close,” Humphries said. “We want to take HP’s financial strength and use it to take webOS to the next level.”

HP already licenses Windows Mobile for its iPaq lineup of enterprise-focused handsets, but these devices haven’t found a huge market. This deal will give the large computer maker an operating system to call its own, which should allow it to deliver a tighter end-to-end experience. HP also mentioned that it could bring webOS to a variety of devices including smartphones, netbooks and I would love to see a big, beautiful tablet with webOS.

Apple and Research In Motion also both control the hardware and software on its devices, which could be seen as a major contributor to each company’s success. Microsoft is licensing its Windows Phone 7 OS to all comers but it has placed tighter hardware and UI restrictions in order to deliver a more consistent experience across a variety of devices.

Of course, Android and Symbian lay on the other side of the spectrum because these two platforms are open source and are trying to capitalize on the innovation this can lead to. Devices using MotoBlur and Sense UI are still Android at the core but these can offer a fundamentally different experiences and this can please hardware makers by allowing ways to stand out from the pack. It will be interesting to watch this philosophical battle play out in the market place.

Verizon Palm Pre Plus and Pixi Plus get minor webOS update (webOS 1.4.1.1)

If you're like us, you're probably a little distracted by HP's late-Wednesday announcement that the company will be buying Palm...