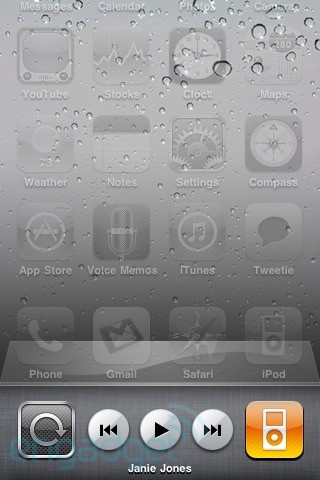 The latest beta for iPhone’s recently-announced OS 4.0 was briefly released to developers, then pulled, but after some rooting around, a new feature has been found: media player controls over the dock. The widget is summoned with a swipe to the left. It’s a slightly different implementation than the old popup player, but a nice change of pace. Who knows what other goodies await inside this build?

Just as we expected, ABC has released an update of its Player application that will stream videos over wireless data...