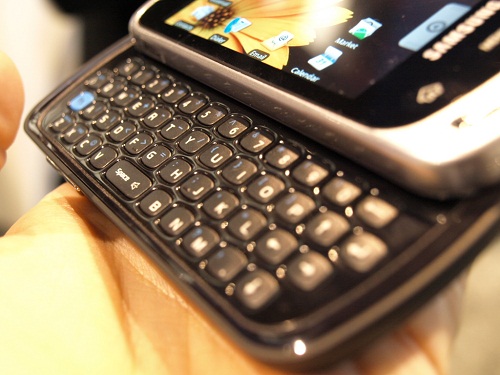 Good news and bad news if you’re rocking the Samsung Moment: you can now officially get the Android 2.1 (Eclair) update but it’s not an over-the-air firmware upgrade, as you’ll have to manually download it from Sprint.

It’s not that big of a hassle though, as you merely have to download the software from Sprint’s website and load it on your device when it’s connected to your computer via USB. There are a few tricks to it, as you have to put the handset in download mode by simultaneously pressing and holding the Volume Down, Camera and End keys. Luckily, Sprint has laid out the process with step-by-step instructions (PDF).

I think the majority of Moment users would prefer an OTA update but the added features of Android 2.1 should make up for the inconvenience of having to manually load it. Like with the Droid and Nexus One, Moment users will be able to use “live wallpapers” and have text-to-speech in any input area. I’ve slowly grown to love this feature on my Droid as it’s fairly accurate even if you’re in a noisy setting.

The biggest improvement that I’ve noticed with the Droid on 2.1 is just a faster overall experience. The additional features aren’t necessarily mind-blowing – it’s not like the Google Maps Navigation in 2.0 – but there’s a smoother feel to the platform and a bit more polish.

The Moment upgrade will also include:

Of course, now HTC Hero owners want to know where the heck is their 2.1 upgrade. We’ve heard reports that this has been delayed until June but you can rest easy friends, as Sprint said on its Twitter feed that the Hero is up next. That device definitely could use the new software.

For those of you seriously considering pulling the trigger on the upcoming Sprint EVO 4G, here's a little Public Service...