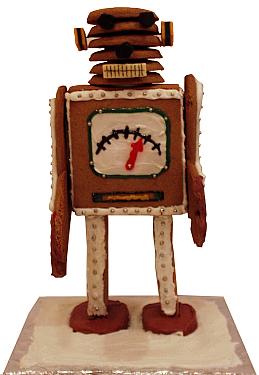 After the expected launch of FroYo today, the next update to Android will be Gingerbread, due to land sometime in Q4. Gingerbread was confirmed to included WebM, the open-source, royalty-free online media standard Google announced yesterday at I/O. Considering Sony is just about locked in to a Google partnership, it wouldn’t be surprising to see some TV functions built in to Gingerbread with the help of WebM, and that’s just the tip of the iceberg. By being open source, many media services and applications will have a field day with a truly open, mobile web-optimized video format. With no royalties required, there’s a low barrier for entry for smaller players, and savings to be had from the larger ones. WebM and the codec, VP8, are still in the early development stages though, so don’t expect anything street ready, even on a full-blown browser, in the immediate future.

Aside from WebM, we expect Gingerbread, like FroYo, will attempt to unplug core services from the OS and instead offer them as downloadable options from the Android Market.That will go a long way to eliminating the fragmentation that is starting to creep up on Android (i.e. some key services launch on one version of Android, but are unavailable on others). As more and more manufacturers hop on the Android train at different stops, it’s becoming trickier for consumers to come to terms with the upgrade path – Sony Ericsson’s Xperia X10 running 1.6 is a perfect example.

Regardless of (what we presume will be) Android 3.0 brings to the table, Android 2.2 is still going to be a big deal, if only for Flash 10.1 support. This will give Android a big leg-up on iPhone, who has forsaken the technology in favour of pure HTML5 and custom-built applications. We can only hope that the updates in Gingerbread will be just as significant for the platform, but for now, most of us would be happy to just get our hands on FroYo.

Barnes & Noble, the world's largest bookseller, and creators of the one-and-only NOOK e-reader, have announced PubIt!, a brand-new digital...