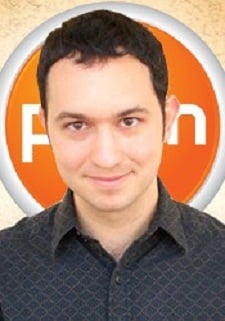 Google has nabbed a key employee away from Palm and the hiring of Matias Duarte could lead to Android having a better user interface in the future.

Duarte was the senior director of human interface and user experience at Palm and he was the chief architect in charge of the UI for webOS. You can complain a lot about Palm’s recent smartphone strategy but I found the OS to be the best 1.0 smartphone platform I’ve ever seen and a lot had to do with the UI. The “cards” metaphor for interacting with programs and apps is intuitive and quick to pick up, as is the system-wide gesture commands.

Duarte was also behind the UI of the Helio Ocean phones (including the never-released Ocean 3) and he was a contributor to what eventually became the Sidekick – so, he has mobile chops. While his exact role with Google hasn’t been disclosed, I’m excited about what he can bring to Android.

Let’s face it: stock Android is pretty boring to look at, particularly compared to something like the iPhone or webOS. It’s highly functional but there’s a reason companies continue to throw custom UIs like Sense or Timescape on top. When you combine Duarte’s talent and vision with the technology Google acquired from BumpTop, the future of Android looks pretty bright. Maybe it really will blow our minds in the next six months.

The move shows that Google is also capable of restocking its talent pool, as Android has recently lost a few key figures to rivals. Erick Tseng was instrumental in shaping Android but he recently jumped ship to rival Facebook in order to address the intersection of mobile and social networks. Senior software engineer Cedric Beust also recently left Google in order to work on mobile products for the business-related social networking site LinkedIn.