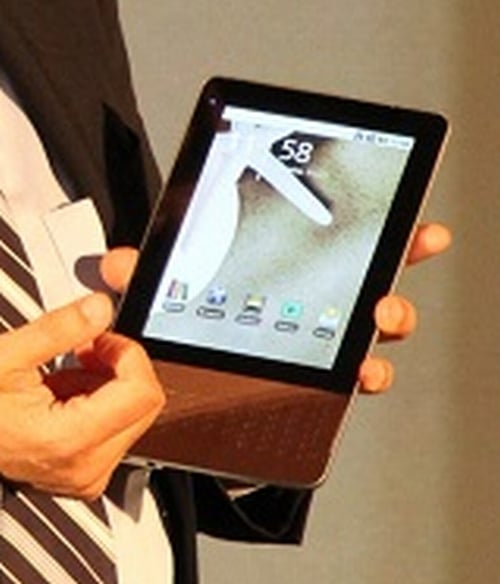 That blown up and cropped photo you’re looking at is of a 7 inch Android powered tablet being developed by Acer, in the hands of Gianfranco Lanci, the CEO of Acer, taken earlier this morning. Why is he showing off a product so early? Don’t know, but it shows us a future we’re all heading towards. By the end of this year, and definitely in 2011, we’re going to see tablets running either Google’s Android or Chrome OS operating system competing with the iPad. Multiple form factors, screen sizes, and price points will be manufactured by many companies, but which one will consumers go for? That 7 inch, plus a QWERTY keyboard on the bottom, piece of plastic looks promising.

Wish we could tell you more, but Gianfranco didn’t go into details. He just said it’ll be out Q4 and that it will have built in 3G.