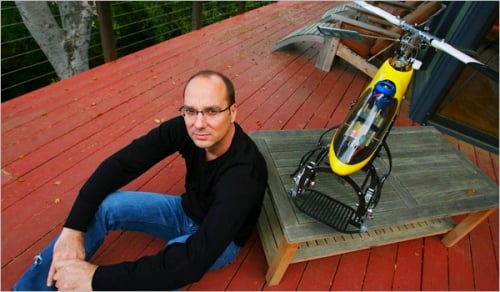 In a recent interview with Mercury News, Andy Rubin, Godfather of Android, talks about why Google is investing in the platform and where it is headed. The highlight of the interview is that the Android platform update cycle will go from multiple software updates a year, to just one major release per year.

When Rubin was asked why Google was investing in Android to begin with, the answer is simple. Advertising.  That’s where Google gets all its green. But Rubin explains that about five years ago, Google needed to make its mobile applications for specific phones, only to have a new device come out every three to six months. With Android, the company provides a base platform with Google products already baked in, virtually eliminating the need to develop mobile applications for specific cell phones. With Android as a free platform to manufacturers, Google services can be “distributed equally.”

In a little over a year and a half, Android has seen many releases of the platform, but that may change in the future. Rubin explains,

“We’ve gone through a lot of product iterations because we had to bring the product up to market spec. Quite honestly, the product when we launched it, it didn’t really feel like a 1.0, it felt like kind of an 0.8, but it was a window of opportunity and the market needed an entrant at the holiday season.So we launched it, and from our internal 0.8, we got to 1.0 pretty quickly, and we went through this iteration cycle. You’ve noticed, probably, that that’s slowed down a little bit. Our product cycle is now, basically twice a year, and it will probably end up being once a year when things start settling down, because a platform that’s moving — it’s hard for developers to keep up. I want developers to basically leverage the innovation. I don’t want developers to have to predict the innovation.”

Well said. When the G1 debuted, it was hardly a heavy contender in the smartphone market, but it did show a lot of potential. Android 1.0 had many holes and idiosyncrasies, and many of them have been addressed in the updates that followed. With Android 2.2 (Froyo) coming down the pipes, the platform has grown up, and is a major contender that has really taken off and has (and will be) adopted by manufacturers to make great products with the platform, and not limited to just smartphones.  With only one major release of the Android platform a year, this would make it easier for manufacturers to implement Android into their products. By doing this, the platform’s fragmentation issues would wane, and the inconsistencies that a customer sees when looking at different Android devices would be less dramatic.

Android is above, or at least on, par with other major smartphone platform currently out there, so the slow down of software updates should be expected. With one update per year, Google can focus on bringing even more features to the platform, and allow manufacturers to update their own devices without having to worry if another update is right around the corner.

So what do you think about one Android update per year?

Microsoft not worried about Android on tablets

We're about to see a flood of Android tablets, possibly including one directly from Google, but Microsoft doesn't seem too...