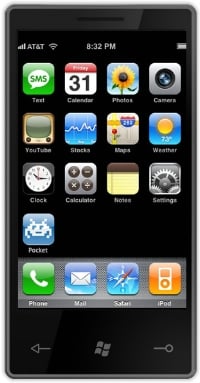 When it comes to the number and even the quality of available applications and games, iPhone is the king. Android is growing fast as well, but it still has a long way to go before coming even close to Apple’s figures. Microsoft is trailing way behind along with the likes of Symbian, Maemo and others. So what the Redmond giant can do to entice developers to make apps for the upcoming Windows Mobile 7?

First and foremost, the new OS must be rock solid! Then, they could do such things as provide great developer tools, work closely with OEMs to make great handsets, organize developer contests and so on. I’ve no doubts the next Windows Mobile (that’s Windows Phone now) will pack significant improvements when compared to the existing version 6.5, even with the lack of Copy/Paste functionality. But that’s not enough when you’re competing with Apple and Google, something more needs to be done.

Microsoft is a smart and rich company and they can, let’s say, pay developers upfront to embrace the platform. Forget such things as developer contests and challenges – it takes too much time to get some seriously great apps and games. This way, you instantly have world’s greatest developers on board! And yap, that seems to be exactly what they’re doing — offering “substantial” incentive to the iPhone developers, according to PocketGamer’s sources.

Paying developers upfront means Microsoft will loose money in the first few years, but if you remember, that’s how they played the console game in the beginning, only to turn the X-Box unit into a profitable division few years later. We definitely want to see what Microsoft can do and are eagerly looking forward to see the first Windows 7 Phones hitting the market later in the year…

How angry would you be if you spent hours and hours trying to preorder an Apple iPhone 4 yesterday only...