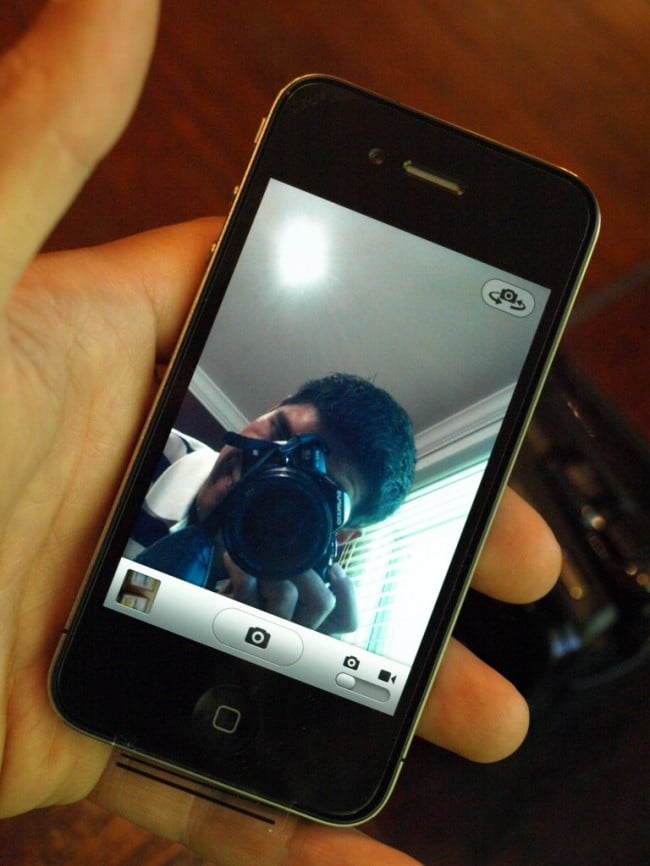 Apple is officially launching the iPhone 4 tomorrow morning, but we’ve already got our hands on the brand new smartphone from the Cupertino-based smartphone maker. So, naturally, we had to unbox the iPhone 4 and put our grubby hands all over its pristine glass-and-steel package. The next step was to jot down our initial thoughts on the device and post pictures and videos for everyone to see.

The iPhone 4. What makes it so great? In a couple words, the Retina Display. While the rest of the smartphone space is looking towards bigger displays with higher resolutions, Apple concentrated on increasing the resolution (960 x 640) beyond what anyone else has so far managed while keeping the display size the same. That means the Retina Display packs in pixels at a density level we’ve never seen before on a smartphone – 326 pixels per square inch (ppi), to be more precise. Apple claims that the Retina Display’s pixel density surpasses the human eye’s ability to distinguish individual pixels. We don’t know how true that is, but reading small text and viewing high-res images is unmatched on the iPhone 4. It’s good enough to be the single feature that makes the latest iPhone the smartphone to have.

As if the super high-resolution display wasn’t good enough, the iPhone 4’s glass and steel design exudes an in-hand feel that you’ll be hard-pressed to find in any other smartphone. The backplate and display are made from hardened glass that Steve Jobs claims is almost as tough as Sapphire crystal. The handset is framed in stainless steel, with a steel band that doesn’t just look sexy, but actually functions as the 3G/WiFi/Bluetooth antenna to save space. Oh, and the iPhone 4 is the thinnest smartphone on the planet. The entire phone feels like a solid piece of glass and steel – dense, yet light; tough, yet sexy; minimal, yet sensuous.

Add to that the new iOS 4 and it’s support for folders and multitasking, and you’ve got a recipe for smartphone success. Sure, Apple should have rolled out these seemingly simple features years ago, but that’s beside the point. Multitasking is here now, and it’s done well. A double-click on the “home” button – the only button on the front face of the phone – allows you to bring up a list of apps running in the background. We’ll reserve final judgment on multitasking until we’ve had more time to play with it, but for now, it works as well as can be expected.

The icing on the cake is the iPhone 4’s newfound ability to handle video calls. Apple calls their video chat feature “FaceTime.” We’re not sure if FaceTime is a deal maker, or if it’ll even catch on big with users, but it sure is nifty. Video calls have been around for a while, but FaceTime makes it super easy to start talking to your friend face-to-face, even if they’re in another city.

Stay tuned for a full iPhone 4 review. For now, enjoy our hands-on gallery and HD video! Also, don’t forget to check out our 24-hour continuous live streaming coverage of the iPhone 4 launch from the Palo Alto Apple Store!