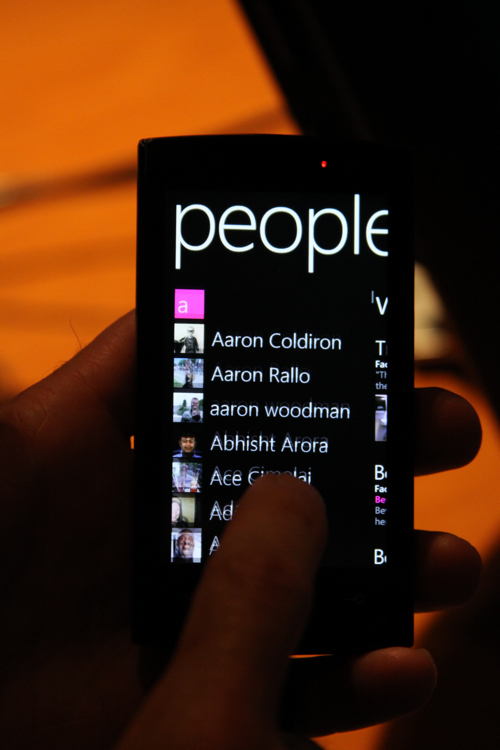 If you’re jazzed about Microsoft’s upcoming Windows Phone 7 operating system, I hope you like ads because the new platform will be serving these like there’s no tomorrow, according to a Microsoft exec.

While speaking at an advertising festival, Microsoft’s general manager for strategy and business development, Kostas Mallios, talked about how the platform will be appealing for ad makers. There will be a push notification system called “Toast” which will integrate with the user interface and apps for ads, offers and updates. This will be an opt-in feature.

“For consumers, what this means is basically seamless experiences, seamless social connectivity – not just about applications, obviously about the phone, obviously about media,” Mallios said. “For marketers … this is actually turning out, in my view, to be an ad-serving machine,” he continued. “It basically enables advertisers to connect with consumers over time.”

Out of context, this sounds like a wretched thing, as few people want more ads in their lives. But we have to remember what kind of audience he was speaking to with this pitch.

Additionally, mobile advertising could be the monetary backbone for mobile innovation in apps going forward. That’s why we’re seeing Apple also make a strong pitch for advertisers with its iAd platform.

Google has just completed its AdMob deal so you can be sure that Android will have strong ad options. Because of this, it only makes sense for Microsoft to pitch its own solution to advertisers and developers on Windows Phone 7.

I don’t know about you but I’m still pretty psyched for Windows Phone 7. I think the UI is pretty inventive and it does seem like a clean break from the past and from what the competitors are doing.

I’m slowly growing tired of an app-centric mobile computing world, as I’d rather have a tightly integrated holistic experience. Windows Phone 7 could deliver on this but, as always, we’ll have to wait and see how it delivers in real life.

We were at Microsoft's soiree in New York City last night and caught a deeper glimpse at Windows Phone 7....