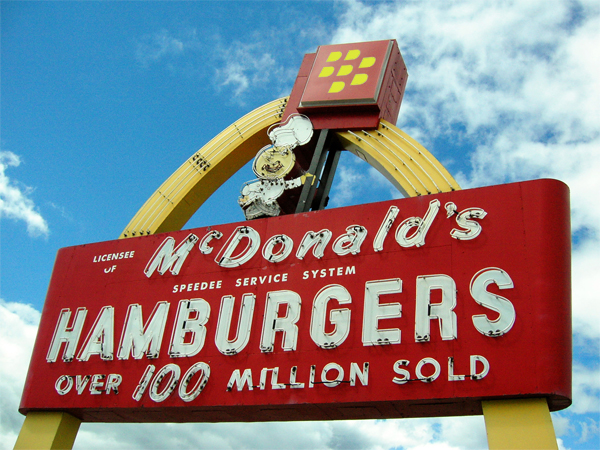 RIM announced their first quarter financial results last night, boasting a 24% increase of revenue since last year’s results, and marking the milestone of the 100 millionth BlackBerry sold. Here are the numbers, straight from the report (full PDF here):

In the always-exciting question period, we get a few interesting tidbits. Co-CEO Jim Balsillie talked a fair bit about gauging the market for companion and tablet devices in enterprise. I’d wager that’s a sly acknowledgment that RIM is actually working on one. One gutsy analyst asked what RIM had to offer in light of new iPhone and Android products, aside from effciciency, to which Balsillie replied, “how much does constructive alignment with a carrier matter?” Another analyst mentioned the dates August 20 and September 16 as times he should keep an eye out for big news. Maybe he knows something about launch dates… Also, Balsillie talked a fair bit about dual-mode operating systems, which could switch between “work mode” and “play mode”. Maybe that’s a hidden feature coming up soon in OS 6?

Here’s a smattering of reactions to the results from analysts.

“We expect valuation to remain range-bound near term on competitive concerns, but for sentiment to improve with rising visibility to improved competitive position and execution.” –  Mike Abramsky, RBC Capital Markets

“The expectations are that they’re going to want to get a new product out into the marketplace in time for September, because that is when you get the back-to-school and big consumer push.” – Nick Agostino, Mackie Research Capital

“Based on our store visit findings and product road maps, we expect further share gains from Android-based devices, as well as the iPhone.” – William Power, Baird

“The major question is how successful the new … device will be and whether the BlackBerry OS 6 is the solution to improving consumers view of the BlackBerry Web browsing experience.” – Todd Coupland, CIBC

“I think broadly the international business is very strong, the North American business is probably a little bit weak, which is kind of what we saw in February as well.” – Tavis McCourt, Morgan Keegan

Ever since the iPhone 4 launch, I can’t help but be a little nervous for RIM. Android is pumping out some seriously competitive hardware too, but it still remains to be seen how much of a fight OS 6 puts up.

You can find the full audio from the conference call at RIM’s investor site, if you’re into that kind of thing.

U.S. Cellular has just outlined their plans for device launches for the rest of the year, among them the Samsung...