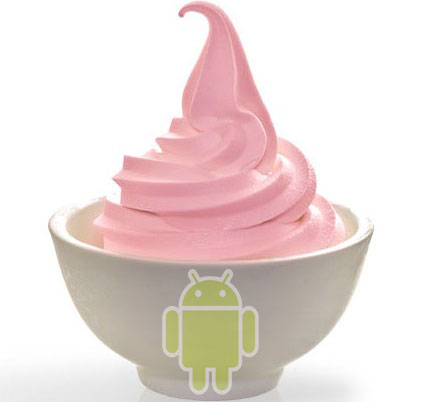 Well, it may not be the official release being pushed to handsets, but it’s certainly a step in the right direction. Google has released the Android 2.2 (Froyo) source code for developers.

To many users, this doesn’t mean much, besides that the release to devices is near. If you’re an Android hacker/modder, you’re probably in heaven right now. This means devs that cook up ROMs will have it much easier now. With more code to work with, great things will come from it. If you’re looking for a ROM to flash, I’d suggest you wait it out a bit, not many (if any) are available at the moment that take full advantage of the source code at the moment, but rest assured, they’re coming. Likely soon.

But it’s not all about modding and hacking, the release of the Froyo source code means that now manufactures can now get cracking on getting Froyo on their handsets. Some may take longer than others, as they need to make sure that their custom Android user interface plays nice with Froyo. If there are light tweaks to the UI, it shouldn’t take too long for a manufacturers’ dev team to get Froyo up and running, but HTC, for instance, may have it’s work cut out for them before releasing an update. But I could be wrong about that, HTC is probably well and ready to attack Froyo and get it on their handsets as soon as possible.

Google certainly provided a double-whammy in announcing the Droid X and releasing the Froyo source code today. If Google could try (keyword try) to play dirty a day before the launch of the iPhone 4, this would be it. Now whether or not it will work remains to be seen, but it’s likely that this won’t faze Apple much. Now if Google were to announce a Nexus Two and Google Music today, then that certainly would have turn some heads.