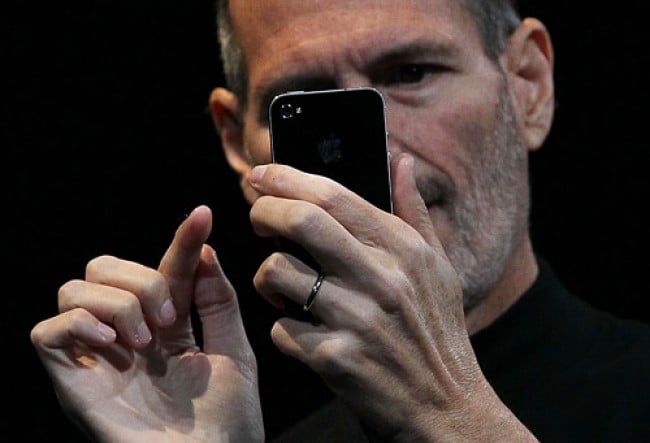 "Wow, it really doesn't work holding it this way..."

It was only a matter of time, but Apple may now be facing a class action lawsuit from Kershaw, Cutter & Ratinoff, LLP, the same firm that sued Facebook and Zynga for questionable gaming ads. What is this lawsuit all about, you’re asking? Perhaps you’ve been living under a rock, or you just don’t care about the iPhone 4, but the latest smartphone from Apple has been pissing off a lot of users with its reception issues.

In brief, the iPhone 4 frame is integrated with the antenna – an ingenious design if you didn’t ever have to touch it, but you do. When the lower-left portion of the iPhone is touched where the two pieces of the frame are separated, reception drops and data transmission rates are dramatically affected. Steve Jobs said that it wasn’t really an issue, but thousands of angry iPhone 4 customers disagree.

Kershaw, Cutter & Ratinoff, LLP are now looking for the angry and fuming who “recently purchased the new iPhone and have experienced poor reception quality, dropped calls and weak signals.” If the firm rounds up enough people quickly, perhaps this lawsuit will get underway much more quickly and maybe we’ll start seeing some recalls or fixes. As it stands now, there really isn’t any other viable solution.

So far, Steve Jobs’ responses to these gripes have been curt and don’t offer much in terms of a solution, but he did tell users to stay tuned – alluding to some kind of fix or a more lengthy response. Perhaps another blog post from Apple’s CEO? Either way, once this suit gets underway, Apple’s response to the issue, or lack thereof, might be the only thing that can keep this thing from becoming an even bigger mess.