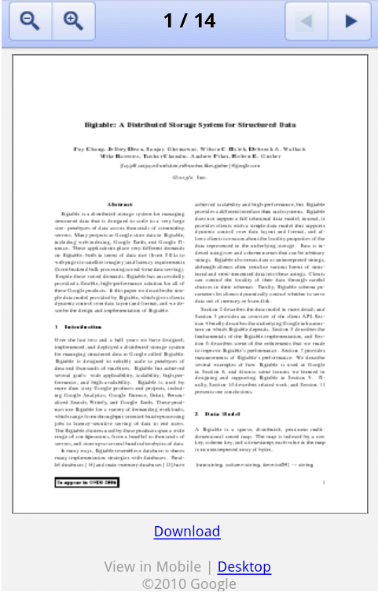 Google Docs on mobile has moved relatively slowly, having launched three years ago, and the only significant addition since has been the ability to edit documents. Today they’ve got a pretty big new feature for the web service – now you can view previously uploaded PDFs, PowerPoints, .docs, and .docx files from an iPhone or Android handset. You can only edit the files if you convert them to the Google Docs format, but for particularly complicated documents, you may want to leave them native.

To give it a shot, go to docs.google.com in your iPhone or Android phone’s browser. It works on the iPad too, if you’re into that kind of thing.

MSpot, the streaming music service that allows you to access your home computer's music library and listen to it anywhere...