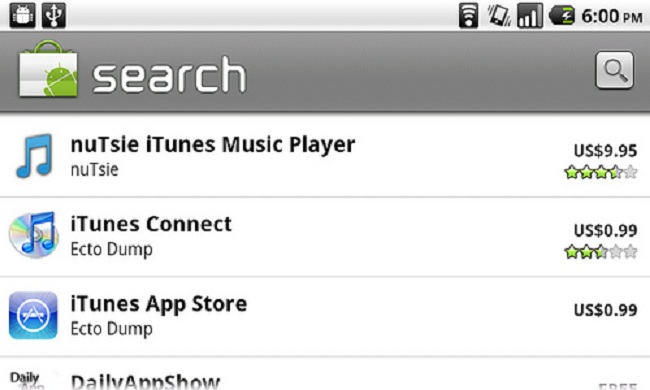 The Google Android Market is significantly lacking in its features and quality controls, according to a prominent developer.

In a blog post, Jon Lech Johan (best known as DVD Jon for cracking that encryption) said the Android application store is filled with cruddy apps that are borderline illegal.

Google does far too little curation of the Android Market, and it shows. Unlike Apple’s App Store, the Android Market has few high quality apps. A study by Larva Labs (the developers of the excellent Slidescreen app) estimates that Apple has paid out 50 times more money to developers than Google has … Below are just a few examples of what’s wrong with the Android Market. Those 144 spam ringtone apps (which are clearly infringing copyright) are currently cluttering the top ranks of the Multimedia category. I was not surprised to find that they were being monetized through Google Ads.

I couldn’t agree more, as the Market is a mess for discovery. I do think that the quality has been steadily improving but there’s still a long way to go.

The main beef I have is that the search features are abysmal. If you misspell an app by a single letter, you’re out of luck and will likely face a blank screen. This is particularly alarming because Google is a freaking search company. Please, please give me a “did you mean … ” option like on Google’s normal search.

To be fair, we know that improvements are on the way. You’ll soon be able to browse the web for apps and, if you’re signed in to your Google account, push those apps to your Android handset over the air. Cool, cool beans.

When you talk app space, you have to compare to Apple’s App Store. It’s important to remember that Apple had a full year of the iPhone before it rolled out the App Store while Google launched its Market with the mobile operating system.

Still, we all know excuses don’t go far in this highly-competitive market and Google needs to make these improvements quickly.

How would you improve the Android Market?

If you've been a huge fan of Sony Ericsson's Android UX with Timescape and Mediascape, but you weren't too keen...