The iPhone 4 “Death Grip“, basically holding the device in your left hand and then watching the signal degrade one bar at a time until there is no more signal to be had, is a wildly reported issue. How could Apple have missed out on such a basic flaw? Simple really. They’re all about keeping company secrets, and as we know about the iPhone 4 Gizmodo paid $5,000 to get, they forced employees testing the as yet to be launched device to carry it inside a case mimicking the iPhone 3GS. 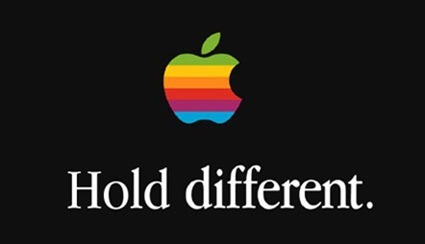 Why is it then, that as soon as this flaw was discovered, the 23rd of June, Apple uploaded 5 job postings to their site, 3 of which are specifically labeled “Antenna Engineer – iPad/iPhone”? Now we’re pretty rational people here at IntoMobile, and we’d like to think that these job postings were not in any way related to the “Death Grip”, but the evidence doesn’t bode too well for the “it’s just a coincidence” crowd.

Nokia took this public relations fiasco as an opportunity to passively mock the iPhone 4, saying that their devices can be gripped in whatever fashion you’d like … signal would not be impacted. Sadly though, in every instruction manual to ship with a Nokia device, there is always a warning about not touching the antenna during a call.

Whatever, just know that Apple is working to resolve this issue. They’ve even issued propaganda to their Apple Store employees to spit out at you should you come in to complain and request a replacement, or even a return.

All I’ve got to say about this situation is that you get what you pay for when it comes to the first batch of devices shipped from any consumer electronics company. Never, ever, buy the first products off the line. It doesn’t matter if it’s an Apple, Nokia, Lenovo, Motorola, Samsung, Sony, or

If you’re one of those “OMFG I NEED TO HAVE IT” kind of people, well I salut you. Your enthusiasm, and relentless pursuit for perfection, ensure that the millions of us who wait a while get the best product our money can buy.

With Apple moving the iPhone 4 units at a record pace, soon every kid in the block will own one....