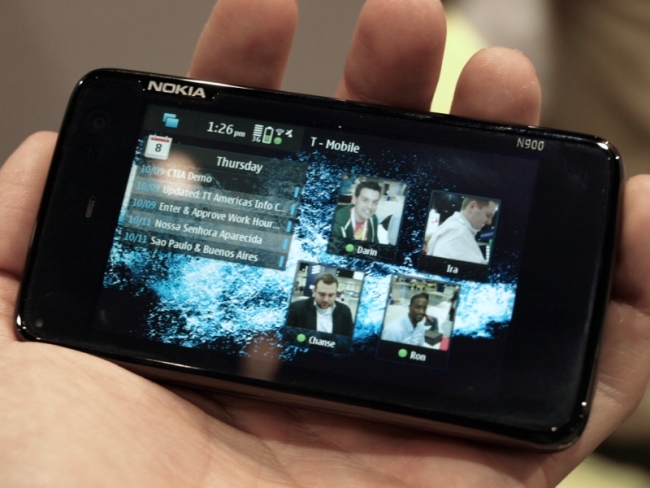 Check it. Nokia started working on a Linux based operating system several years ago. The first product based on that operating system, which Nokia called Maemo, was the Nokia 770 Internet Tablet. Design wise, it’s my favorite of all the tablets ever to come out of Finland. Hardware specification wise, it was a dog. Slow as hell, and … well let’s just say that the only people who got on were really hard core freetards.

Then came the N800, the N in front is important, because it meant Nokia thought it should belong to one of their highly successful product groups. Nseries. It’s my least favorite tablet. Design wise, it looks like a toy. Specifications are a little better, a little faster, but not by much. This one didn’t sell so good either.

Next the N810, and people were wondering why this thing didn’t come with a cellular radio inside. It had a nice large screen, above average design, the processor was again faster, albeit not my much, and it even had GPS! Thing was, Maemo wasn’t ready.

Finally the Nokia N900 popped out of Espoo (pictured above), and several thousand people were blown away, while the rest of us thought to ourselves “ummm, that thing is the size of the IKEA catalog”. Sure, it had an ARM Cortex A8 processor. Sure, it had GPS, but it didn’t have Google Maps. Sure, it was open, but people don’t give a shit about open versus closed, they care about better, easier, faster versus frustrating, slow, and unresponsive.

A funny little thing happened in February. Nokia and Intel held a joint press conference, and the last time they did this they didn’t announce anything except that they were going to be the bestest of friends, to announce MeeGo. MeeGo is the love child of Nokia’s Maemo operating system, which was built for ARM processors, and Intel’s Moblin operating system, which was built for the x86 architecture. One can assume that Nokia will make an Intel based mobile phone some day, some how, but there’s more to it than that. It’s called Qt.

Nokia purchased a company called Trolltech back in 2008. They make a run time environment called Qt. What’s a run time environment? Think Adobe Flash, think Sun Microsystem’s Java, think Microsoft’s .NET. It’s basically something a programmer can use to write their applications. The goal is to layer Qt on top of Symbian based mobile phones, and MeeGo based devices, so that applications can be written in the same environment.

When you think about it, it’s a damn hard thing to do, but once the gears start moving, assuming they even start moving at all, then there will be netbooks, tablets, mobile phones from multiple vendors, cars, and who knows what other form factor devices, capable of running Qt applications.

In today’s world of HTML5 getting more and more adopted each and every quarter, where do native applications play in all of this? That’s a question for another post.

MeeGo has just announced “Day 1” of their “handset user experience project”. That’s open source speak for “yo yo yo, let’s all bling this shit up so our game don’t look whack”. A set of documents was released talking about the MeeGo user interface guidelines. So with that in mind, let’s look at how we’ll eventually be using MeeGo devices.

First up is the lock screen: 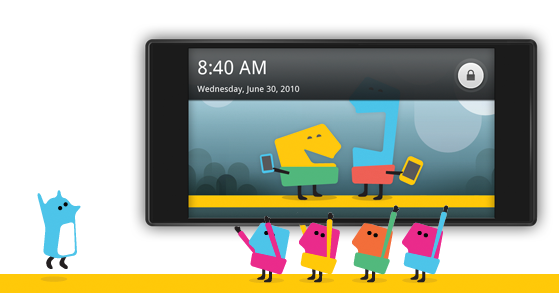 As you can see, just like Palm’s webOS platform, you simply have to move to lock down. Here is the same image, but in portrait mode. Notice how notifications stack up on top, similar to Google’s Android operating system: 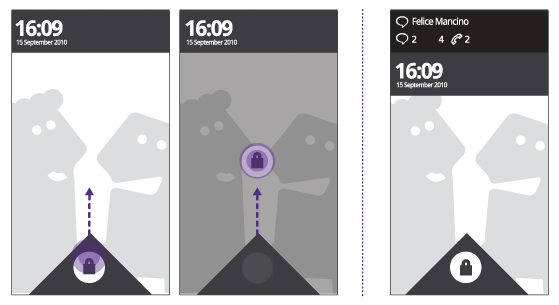 Now the application launcher, which is an exact rip off of Apple’s iPhone. You have a 4 x 4 grid of icons, and 4 static icons that stay the same no matter which page of applications you’re on: 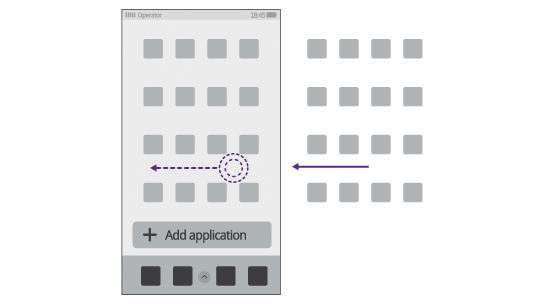 Multitasking is very interesting. Assuming that the “home” button is a button on the screen, and not a hardware button, then once this button is push you get a Palm webOS card like view of all your running applications. Say you have a lot of applications, and you’re too impatient to scroll through all your “cards” (to steal Palm’s marketing lingo), then you can pinch to zoom, similar to HTC’s Sense UI, to show more open applications: 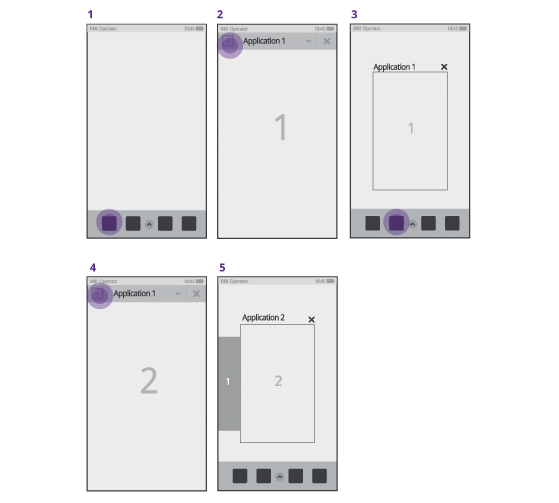 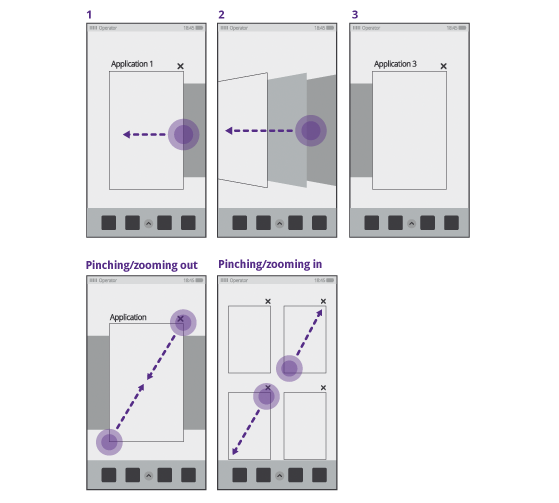 Text input is exactly what you expect. Touch a text field, keyboard shows up. Don’t want the keyboard? Touch somewhere that isn’t a text field. And before you ask, yes it has copy and paste:

One line I found rather interesting was: “Because MeeGo may run in devices with no other hardware navigation keys, it is important to provide a persistent way out of the application.”

Think about that for a moment. How awesome would it be if a device was just pure screen. No buttons. Screw buttons. You only need one, and it’s on/off.

There’s also a whole website showing developers recommendations on how their applications should look. It’s boring, but then again these are not UI mock ups. We’re not going to see MeeGo based handsets until the end of this year, quite possibly even have them pushed back to Spring 2011.

Wish I could tell you more, but even open source projects are locked up sometimes: 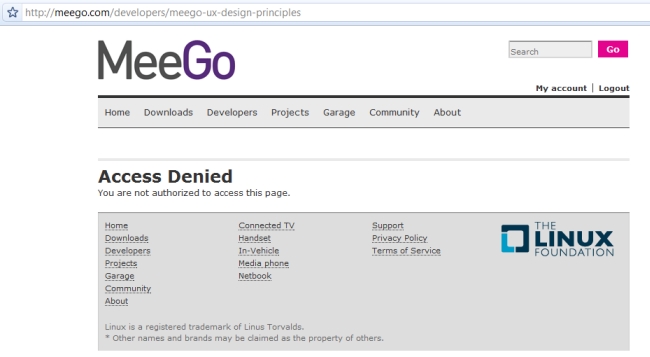