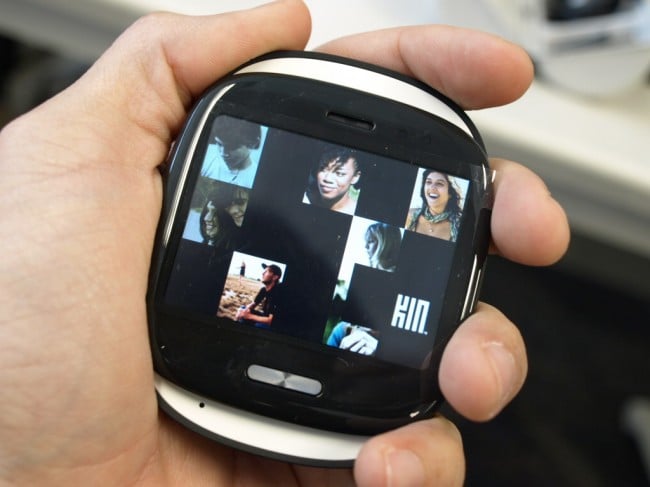 Ah, the Microsoft Kin One and Two. Probably a pair of the most confusing dumb or smart phones ever made. And that’s part of the problem. Was it a dumb phone? According to Verizon and Microsoft, Kin One and Two surfed the web and did HTML e-mail, so therefore the Kin One and Two were smart phones. However, beyond that and some social networking integration, the Kin phones did little else. They didn’t have access to third party apps and they lacked features that their target demographic would want, like games.

Microsoft’s official word on the matter is:

“We have made the decision to focus exclusively on Windows Phone 7 and we will not ship KIN in Europe this fall as planned. Additionally, we are integrating our KIN team with the Windows Phone 7 team, incorporating valuable ideas and technologies from KIN into future Windows Phone releases. We will continue to work with Verizon in the U.S. to sell current KIN phones.”

Perhaps Microsoft should have done just that in the beginning – allocate the talent it put onto the Kin project into Windows Phone 7 instead of wasting the research, development and marketing on a device that is gone before it ever really came. After all, Microsoft wouldn’t comment on whether only 500 Kin phones were sold as earlier reported, and that says something. In addition to its lack of response, the prices on the Kin phones just kept dropping over such a short period of time.

Oh well, the idea was kinda nifty and I’m sad to see a service like Kin Studio go. Unlimited data storage for pictures and videos all arranged in a perfect timeline? Pretty awesome. It’s just too bad it didn’t have the proper hardware to go along with it. No tears shed here, so it’s time to hold our breath and see what Microsoft has in store for us with Windows Phone 7.