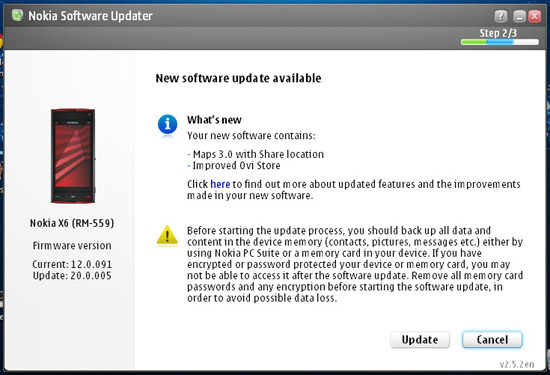 I’m not sure I understand why it took so much for Nokia to release the firmware update for the 32GB version of the X6 (when we know the X6 16GB got the same firmware update in April). Whatever the reason behind this strange move is (which effectively made the X6 32GB buyers suckers), the good thing is that it’s happening after all.

Among the new things included in the firmware v20.0.005, we highlight:

And just when you think that your X6 runs the latest software, we’re hearing the v21 has started popping up around the world. Hopefully, we won’t have to wait for too long to see all flavors of the X6 getting an update.

As usual, before you hit the “Update” button, make sure to backup all your data first. Sure, there’s the UDP (Universal Data Preservation) feature included, but you never know what could go wrong…

If you've been having issues with wireless signal reception on your iPhone 4, related to the stainless steel band that...