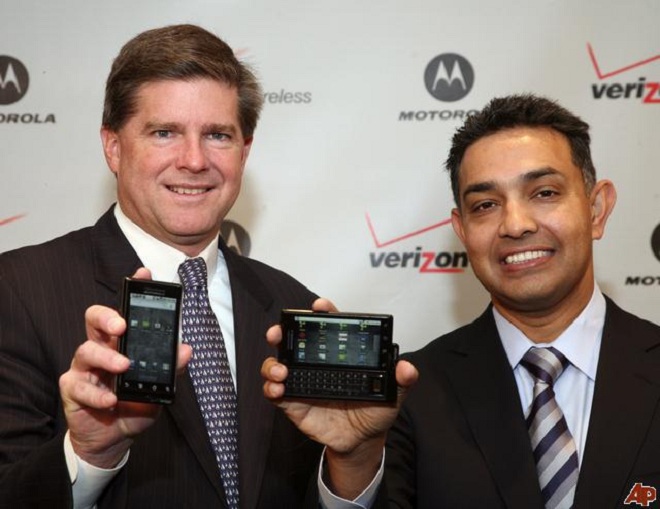 Motorola has taken an important legal step in its plans to split into two independent companies.

The company filed for Form 10 Registration Statement with the U.S. Securities and Exchange Commission. This paves the way for the legal split, which is still on track for the first quarter of 2011.

“The filing of the Form 10 Registration Statement is an important achievement in our separation plan to create two independent, publicly traded companies,” said Sanjay Jha, co-CEO of Motorola, in a prepared statement. “Mobile Devices has made significant progress in 2010, and we are confident that the Separation is the right strategy for Motorola, our stockholders, our customers, our partners and our employees. Together, Mobile Devices and Home are uniquely positioned to address the opportunities resulting from the convergence of media, mobility, the Internet and computing.”

Jha will have his work cut out for him as the leader of the mobile Motorola company. He will have resources to take on Apple, Research in Motion and HTC, though, as the mobile company will get an infusion of cash that should mean it can hit the ground running once it’s out there on its own.

It’s kind of sad that this had to happen because Motorola essentially invented the cell phone. The company has failed to innovate since the Razr days and it’s software side has always been a mess.

That appears to be changing under Jha’s watch, as the company has standardized around Android and it has put out some high-profile devices like the Droid and the upcoming Droid X. We should see the Droid 2 coming out soon, too, and that could also move some units.

One flagship line won’t be enough to sustain the company though, as the other devices haven’t been as well-received. The company is also reportedly sniffing around Windows Phone 7, so we’ll see what it can come up with.

Yahoo! has just made a big mobile push in all directions today, announcing applications for Android to access Yahoo! Messenger...