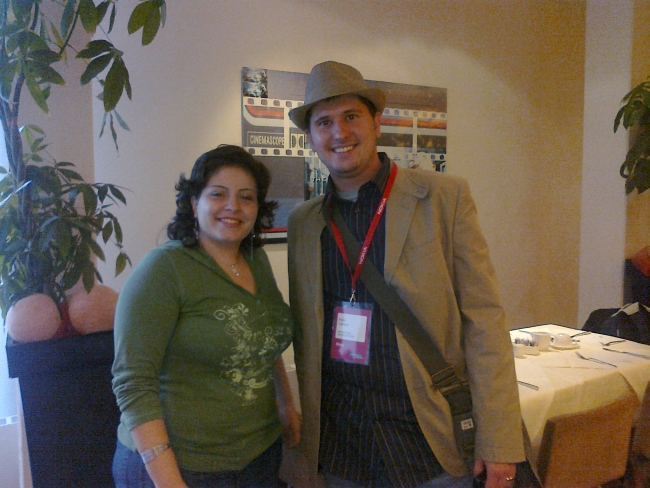 Ricky Cadden is one cool cat, and a guy who I consider to be a friend. We both started blogging in November 2006. He had Symbian-Guru.com, and I had RingNokia.com, and while we did go through our initial stage of bitter rivalry, it ended quickly soon after realizing we had a common passion. No, it wasn’t Symbian, nor was it Nokia, we simply both digg mobile phones and what they enable us to do.

After our sites went online there were many that soon followed. Too many to list. Point is, when I started RingNokia there was only 1, maybe 2, Nokia blogs on the net. Now there are 10s, or even 100s. When Ricky start Symbian-Guru there was All About Symbian … and that’s it. Together we saw the Symbian/Nokia community grow, and that slow organic growth brings back some warm memories. New bloggers asking us for advice. Everyone was pumping out a hell of a lot more editorial, often commenting on each other’s work, instead of riding the SEO gravy train to the bank. It was a better time.

Now here we are, in July 2010, and he shut down his site because he’s had it up to here with Nokia, and is switching to Android, more specifically the Nexus One. A move I did earlier this year, in February. His arguments for dumping Nokia/Symbian are very similar to mine, but while I was insulted and called a heretic simply because I used to work for Nokia, with some people going so far as to claim that I was purposefully bad mouthing the company to “get back” at them, Ricky says it best in this paragraph:

“This was not an easy decision to make. To be honest, I’ve wanted to write this post for the past several months – I’ve had numerous conversations with Dotsisx about this, and we both kept saying ‘let’s give them some time, surely Nokia/Symbian is going to improve.’ Guess what – they didn’t, and it’s just … sad. Like watching your favorite sports team lose game after game after game. Eventually, even the most die-hard sports fans have to find a new team.”

It made me wonder, besides Mark Guim, who writes for The Nokia Blog, and Matthew Miller, who writes Nokia Expert, and of course the All About Symbian folks, are there any Nokia advocates left? I mean … the N97 really ruined the company. Sure, they sold a lot simply because the word “N97” was printed on the box, but when your evangelists, and even common every day loyalists hit bug after bug after bug, it makes people want to look elsewhere.

Update: Oh and of course, how could I forget to say this, but good luck Ricky. It isn’t even going to feel like you’re gone since we’re always Skype-ing or Google Talk-ing each other.

Breaking down the MeeGo UI design principles [Mix of Android, iPhone and webOS]

Check it. Nokia started working on a Linux based operating system several years ago. The first product based on that...