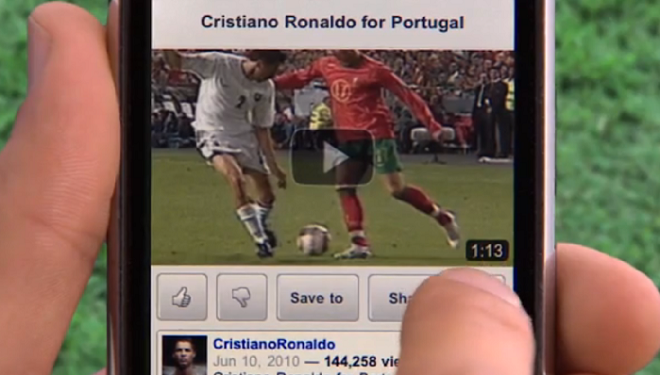 Google has revamped its YouTube Mobile site and it features a good dose of HTML5.

Google said the new version of YouTube Mobile could be faster and offer better video quality than the native app version on devices like the Apple iPhone. This is possible because Apple does the heavy lifting on the iPhone app and it still uses an older streaming standard that’s meant for slower mobile Internet speeds.

– It’s really fast.
– The user interface incorporates larger, more touch-friendly elements, making it easier to access videos on the go.
– It incorporates the features and functionality you’ve come to expect from the .com site, like search query suggestions, the options to create playlists, the ability to designate “favorite,” – – “like” or “unlike” videos directly from your device.
– As we make improvements to Youtube.com, you’ll see them quickly follow on our mobile site, unlike native apps which are not updated as frequently.

It’s interesting to see Google hedge its bets regarding web video technology. The search giant said that HTML5 is not quite good enough for prime time yet, as it will be sticking with Adobe Flash in the short term. But, with moves like this and its push to make webM the standard for HTML5 video playback, Google just wants to ensure that users can view its videos in whatever way makes the most sense.

This is a welcome change from Apple’s approach, which is trying to drag the industry to HTML5 as soon as possible. Check out Google’s official introduction video and we’ll have a live demonstration video up shortly.

[Update]
Here’s a little video demo showing the video quality of the same YouTube video playing on both the HTML5 mobile YouTube web app and the native iPhone YouTube app. We think the native iPhone app has slightly (emphasis on “slightly”) better picture quality, which can be a subjective measure. Others out there might tell you that the YouTube HTML5 mobile website looks better. Watch the video below and make the call for yourself.

In more tragic, yet comedic news, it turns out that the Microsoft KIN may have only landed in 503 happy...