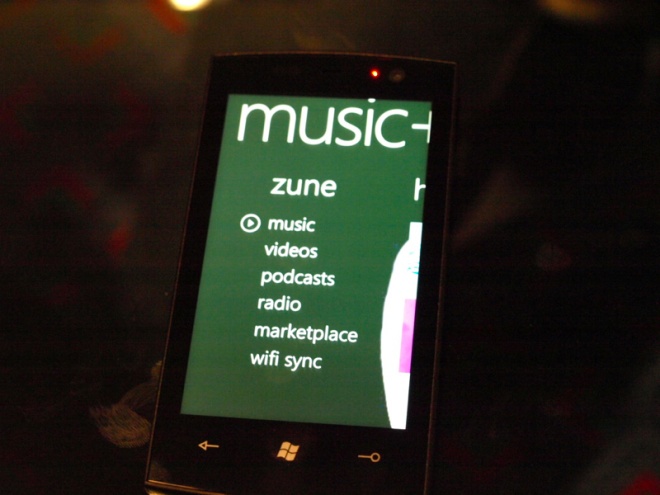 If you were worried that the upcoming Microsoft Windows Phone 7 operating system wouldn’t be able to compete against the Apple iPhone with multimedia, you’ll be happy to know that it will be able to play multiple audio and video codecs.

There’s nothing really surprising about what type of media files Microsoft Windows Phone 7 will support but it’s a good mix that should play nice with most of your multimedia files.

Both audio and video codecs will also support a variety of containers and a full list can be found here.

So, the basis seems to be good for Windows Phone 7 as a multimedia platform but it will take more than just good codec support. Let’s hope that Microsoft can add in a good user interface layer because that’s becoming increasingly more important.

I think the Apple iPhone has the best interface for mobile multimedia at the moment because of all its experience with the iPod. Google Android is slowly getting better but I find its music player to still be a bit too simplistic for my tastes. Luckily, Google’s not uptight about others trying to make a better music player and this has led to rise of companies like TuneWiki.

Microsoft’s Zune interface is actually pretty good. I was one of the very, very few to rock a Kin phone and the multimedia player was one of the best aspects of the ill-fated device. I really like Zune Pass on the go, too, and it actually made me consider paying for mobile music.