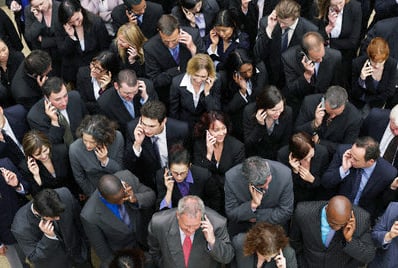 Coinciding nicely with an ABI report last week, infrastructure giant Ericsson has revealed the the number of mobile subscribers has hit 5 billion as of yesterday. The same study claims 2 million additions are made every day, more than 500 million of those subscribers are on 3G, and by their forecast, we should hit 50 billion by 2020. Ericsson attributes the bulk of recent growth to emerging markets in China and India, and even though it’s popular in China, studies show that wireless data has yet to really take off in India. Ericsson spits out some facts from other research, that says 10 years ago we only had 750 million wireless subscribers, and that forecasts predict 80% of the people online will be connecting via mobile by 2015.

On a day-to-day basis, or even quarter-to-quarter, it’s easy to get caught up in the minutiae of mobile advancement, but the fact that there are 5 billion cell phone accounts active and the world’s population sits at around 6.8 billion is nothing shy of crazy.

If you were scratching your head about the Motorola Droid X shipments that went out early, Verizon is ready to...