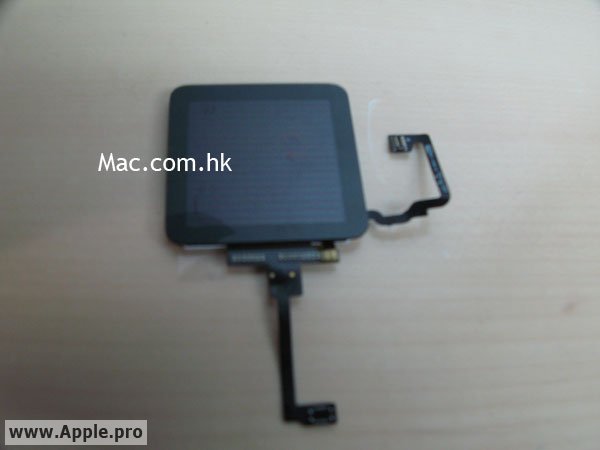 Apple is known for coming up with some pretty innovative hardware and software, and it looks like the maker of the iPhone might have something else up its sleeve. What you see above is a very small touchscreen that bears Apple markings, so one would assume it’s actually from Apple. It’s tough to say what it could be for given its 3 x 3 centimeters in size. Could it be for a tiny little iPhone? Give me a break. Perhaps a mouse of some sort? Still too damn small. An iPod nano screen?

At this point, it’s really tough to say what this is or what it’s for, but it sure as hell is small. According to 9to5Mac, an unsourced Twitter message said this:

“Touchpad with display for MacBook Pro. bottom connector is exactly what touch pad has. Connector on a side seems like display data.”

Whatever it is, you’re not going to be watching videos or looking at high-resolution pictures given its miniscule stature. But it looks like Apple might have some pretty cool toys lined up that incorporates some pretty nifty technology. What do you think it is? Feel free to chime in with your thoughts.