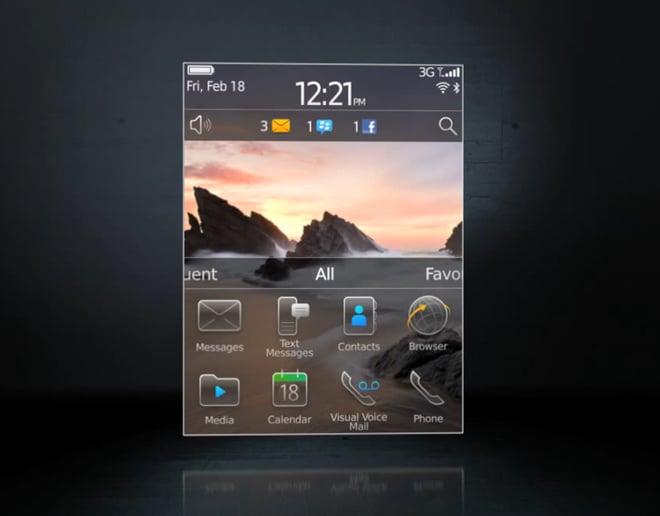 RIM has just posted another video running through the upcoming BlackBerry OS 6. It’s mostly nothing we haven’t seen before, but there are a few new tidbits. Individual apps seem to get their own home on the today screen, so you can see Twitter and Facebook items separately. Visual Voicemail makes its first appearance, which will hopefully be built in by default so we don’t have to wait on carriers to support it. Social feeds shows up again, and we get a closer look at what it does aside from conglomerating Facebook and Twitter feeds. Apparently it will let you post to multiple social networks at once – a great utility that third parties have been milking on most mobile platforms for awhile. We get a look at what seems like a revamped BlackBerry Messenger, though most of the functions seem the same as BBM 5.

Some of the other highlights of BlackBerry OS 6 include universal search from the home screen, tabs for applications, allowing you switch between favourites, frequently used, and custom groups with sidewards swipes, a new Webkit browser complete with tabbed browsing, pinch-zooming across web and multimedia apps, a facelifted media player with quick links to related web content, and a new menu system. We don’t know if App World 2.0 will launch with OS 6, but it wouldn’t be a huge surprise. A polished, touch-friendly user interface is the main focus of OS 6, with a few functional additions to keep things fresh.

This is a nice little preview of things to come on the BlackBerry 9800 and 9670, and rounds things up pretty nicely. Universal search is the feature I’m most excited for, but you never know what else RIM will reveal between now and launch sometime this summer. What do you guys think – even with this update, does BlackBerry still seem old and stale, or will OS 6 honestly modernize BlackBerry?