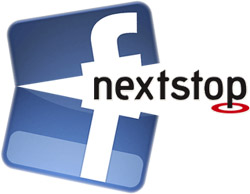 This isn’t a “pure” mobile news, but I’m sure it will have a “mobile angle” in the near future. Facebook acquired NextStop, a web-based service that lets people create and share travel guides and recommendations with others.

As a result of the acquisition, NextStop’s staff will join Facebook, along with “most” of the company’s assets.

Facebook described the deal as “a small talent acquisition” which is driven by the social networking company’s “admiration of NextStop’s engineering efforts.”

We don’t know what Facebook plans to do with NextStop, but we’ve no doubts they’ll be integrating some of the service’s features in its social network.

Starting September 1st, NextStop will shutdown its site. In the meantime, users will be able to export their content. Most importantly for privacy advocates, NextStop will not share its users’ personal information with Facebook.

Phone cover/case maker Coveroo raises $2.3 million in Series B round

Coveroo -- the company that creates customized covers and cases for mobile phones and consumer electronic devices -- has closed...