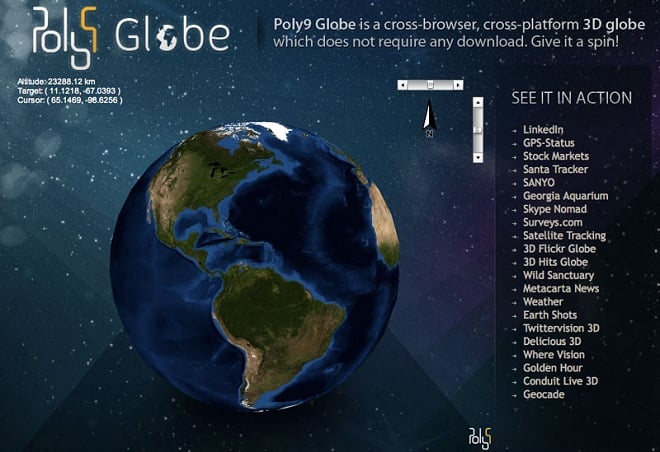 Apple has acquired an online mapping company Poly9 and this could be the first step in its divorce from Google and its services on the iOS devices.

The company creates mapping software and one of its products offers a “cross-browser, cross-platform 3D globe which does not require any download.” Does that sound like Google Earth to you? Yeah, me too, and I think that’s the point.

Google Maps, YouTube and Google Search were key reasons the Apple iPhone has been such a hit. These seamless services showed many mainstream users the promise and ease of real mobile computing. While Apple is in charge of these apps on the iPhone, these are ultimately Google services.

That was fine when the Apple iPhone first came out but Google is now probably Apple’s biggest competitor in the mobile space with its Android offerings. Devices like the EVO 4G and Droid X are credible Apple iPhone 4 alternatives and you know Steve Jobs hates having to rely on an enemy’s services.

This is a small move in the growing rift between Apple and Google. Jobs has ripped into the search giant for entering the smartphone space while Google said Apple’s CEO is rewriting history to suit his own agenda.

Apple has already made a few moves to distance itself from the search giant. It made a big announcement that Microsoft’s Bing can now be used as a search option on the Apple iPhone. Google is still the default search but this paves the way for a smoother transition down the road.

The iPhone company could use the technology in Poly9 to eventually ditch the search giant’s mapping apps entirely but that would take a lot of chutzpah and engineering talent. At the very least, the Poly 9 deal gives Apple more control over its mapping future and you know Jobs is happy about that.