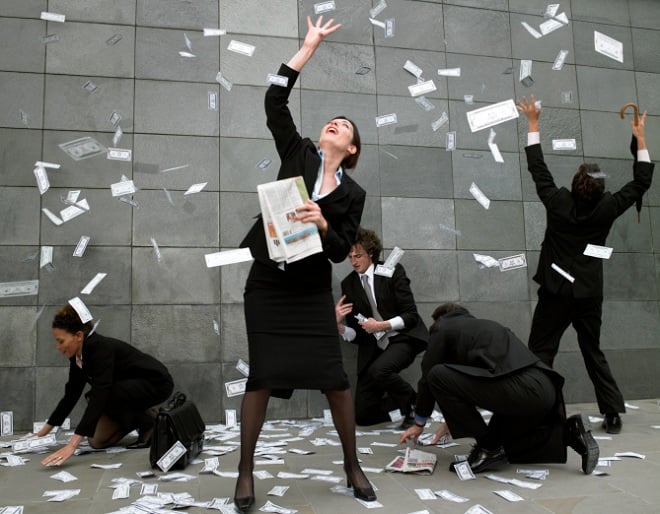 Microsoft is hoping that some fat stacks of cheddar will help it catch up to the Apple App Store and Google Android Market, as it has been paying developers to create programs for its upcoming Windows Phone 7.

It’s not giving them bags of cash per se, but a report by Business Week indicates Microsoft is offering free tools, phones and revenue guarantees to make sure its Windows Marketplace for Mobile (way too long of a name, by the way) is populated when Windows Phone 7 launches in the fall. Some may see this as a desperate move, as one would hope the merits of Windows Phone 7 would be enough to draw developers but I’m happy Microsoft is doing this because it shows the company is serious about making its next smartphone operating system a success.

Apps aren’t just what’s hot, I believe mobile apps are the future of computing. Sure, HTML5 and the mobile web will alleviate some of the need for dedicated apps but that’s going to take a long time. The iPhone is clearly in the lead with the more than 200,000 programs in the App Store and Google is quickly catching up with almost 100,000 programs in the Android Market. Microsoft should be doing whatever it takes to stimulate app developer interest in Windows Phone 7.

We know that developers will be able to use XNA, Silverlight and other tools to create programs but we’ve heard rumblings that the APIs are not quite up to snuff. While this will improve as the platform matures, this could push away content creators who are already experiencing success on the Apple iPhone and Android Market.