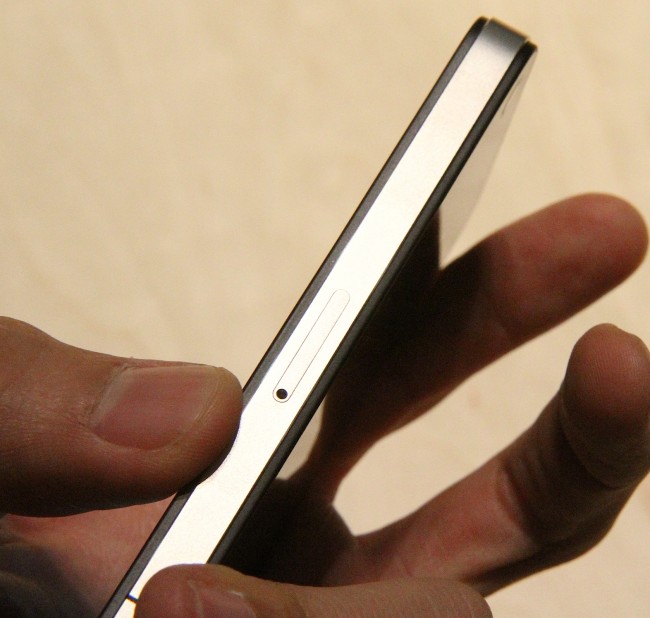 By now it’s clear that Apple isn’t taking this iPhone 4 “Death Grip” antenna reception problem lightly – despite Steve Jobs’ initially dismissive attitude towards reports that holding the iPhone 4 in a specific way can cause the phone to lose all signal reception. Apple is even planning to hold a press conference tomorrow to nip the growing PR nightmare in the bud. So, it’s interesting to hear rumors today that the Cupertino-based iPhone maker is currently working to retrofit new iPhour units with hardware that could prevent any loss of signal.

Here’s the problem. The iPhour uses an external antenna design that not only looks beautiful, but also reduces the overall size of the device. The steel band that frames the iPhone 4 isn’t just a snazzy design element, it also doubles as the antenna for GPS, WiFi, Bluetooth, and of course, cellular signals. The steel band frame is actually divided into two sections, each section serving as a separate antenna for different functions (Bluetooth, WiFi and GPS on one antenna; UMTS and GSM on the other antenna). The antennas are separated by a small plastic insert to prevent them from interfering with each other. The problem is that human skin is conductive – more so when skin is oily or moist (please, no jokes) – and can act as a bridge between those two antennas. That’s a real problem for Apple that no software update can hope to fix.

So, the only solution is a hardware fix. What we’re hearing is that Apple is delaying current iPhone 4 orders so that they can retrofit new iPhour units with a “mechanical fix” on the interior of the phone. The rumor comes from Analyst Ashok Kumar with Rodman & Renshaw, who says that the fix will “be completely transparent,” but is far from “an elegant addition.”

Apple is apparently trying to put a quick band-aid fix on new outgoing iPhone shipments, rather than issuing a fleet-wide recall and fixing all 1.7+ million units out in the wild right now. Kumar speculates, citing iPhone supplier sources, that Apple plans to eventually redesign the handset with a more elegant solution to the antenna problem.

So, have you noticed your iPhour pre-order being delayed? Some say the delays are on the scale of weeks. Sound off in the comments below!

Apple just released the latest version of its software for the iPhone and iPod Touch and iOS 4.1 has some...